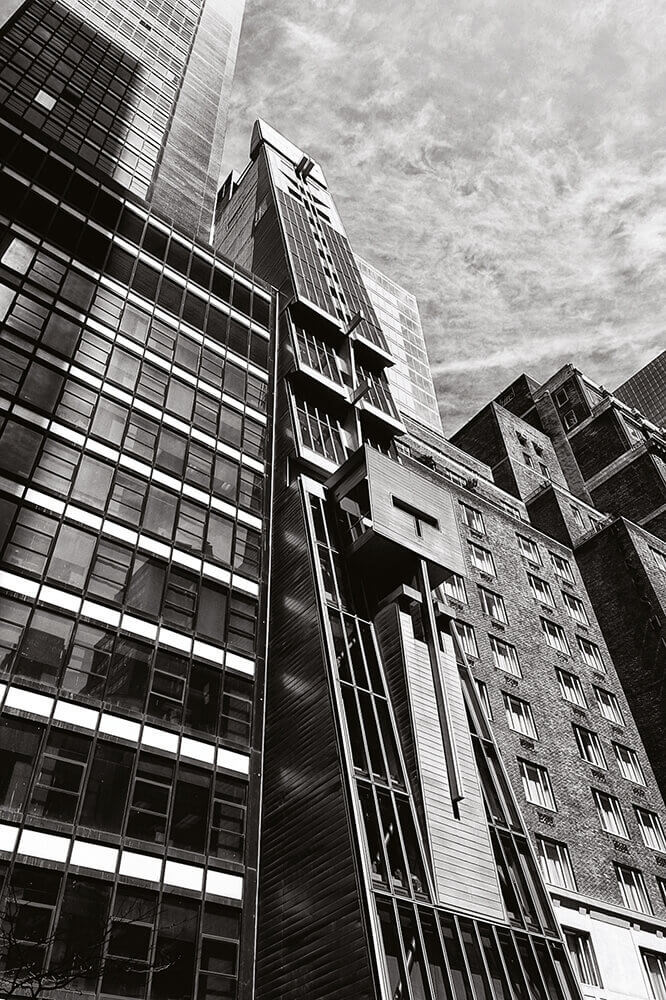 Sliver buildings are usually mediocre apartment towers crammed onto tiny, town-house-sized plots. The twenty four-story Austrian Cultural Forum on Fifty-second Street next to La Grenouille and the Harper Collins building, is the first sliver that is also a serious piece of architecture. The small plot is used so brilliantly that you can’t imagine the building being anywhere else. In 1992, Raimund Abraham a native of Austria who has been teaching architecture at Cooper Union for thirty years won a competition to replace a mansion on the site, which had housed the Austrian cultural center since the nineteen fifties. The Austrians wanted a building that would project a cliché free image of their country. On a practical level, it had to include a large art gallery, a small auditorium, a library, offices, and an apartment for the director of the Forum. Abraham, was the only one of more than two hundred competitors who thought of placing the stairs across the back of the tower instead of on the side, leaving the width of the structure free. He put public spaces at the bottom, semiprivate spaces in the middle, and the director’s apartment at the top. The building narrows as it rises—a nod both to the old rules of New York City zoning, which shape towers like pyramids, and to logic, since the public spaces require bigger floors than the private ones. The tower rises straight up at the back, where Abraham’s double fire stair zigzags in a pattern he has likened to Brancusi’s Endless Column. But he saved the greatest visual drama for the front: a series of sharply slanted planes of glass and zinc that slice into the sky. 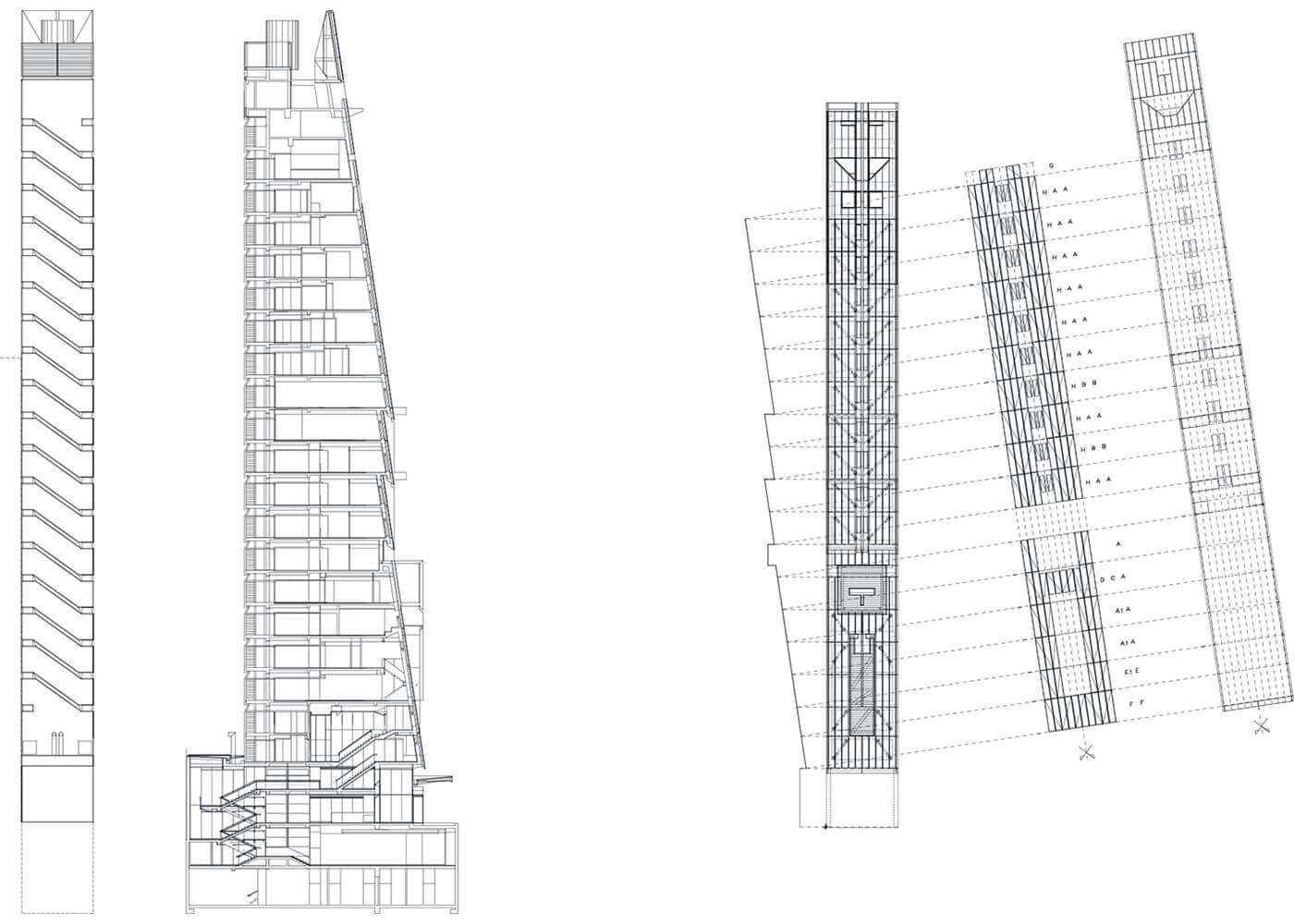 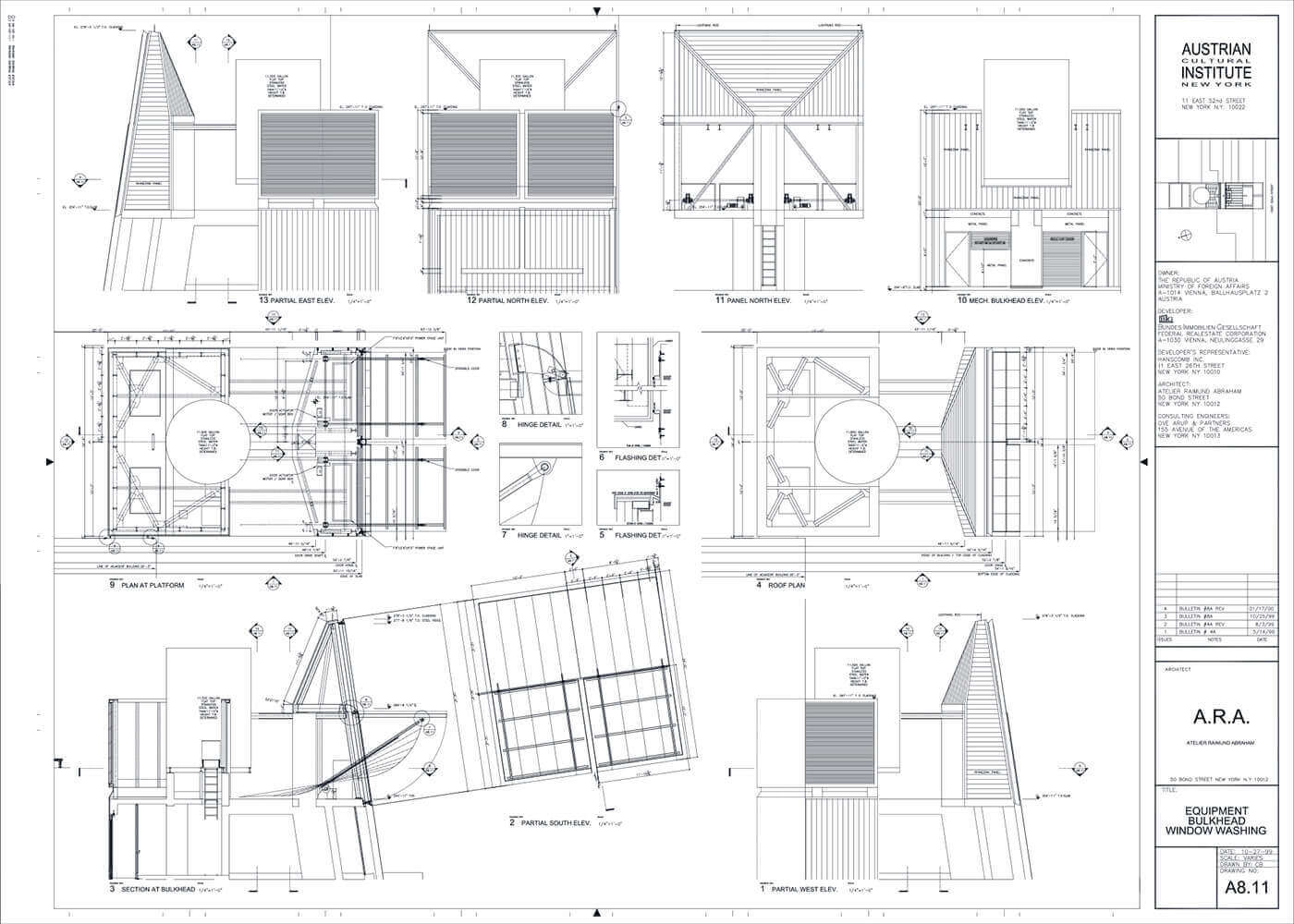 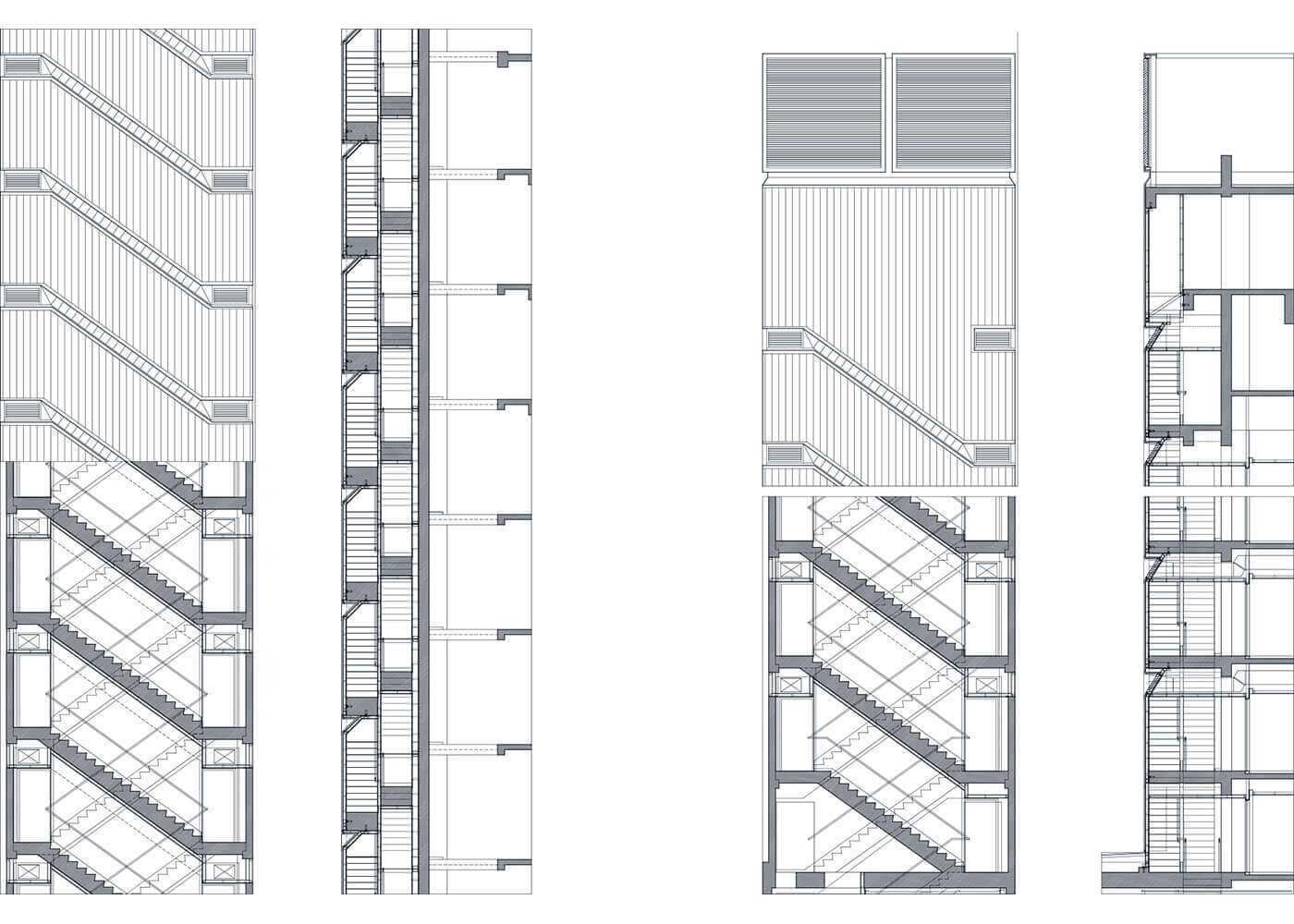 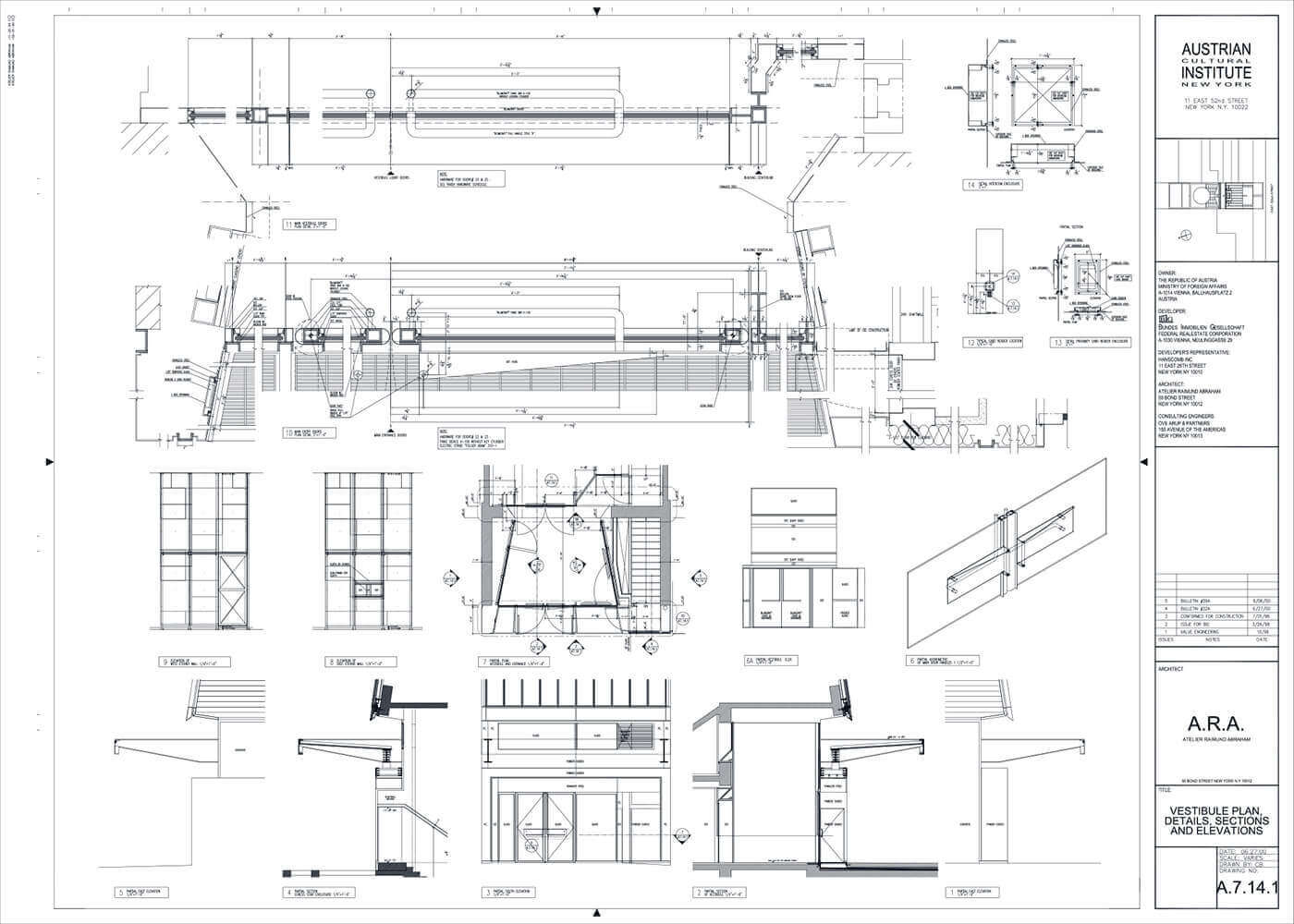 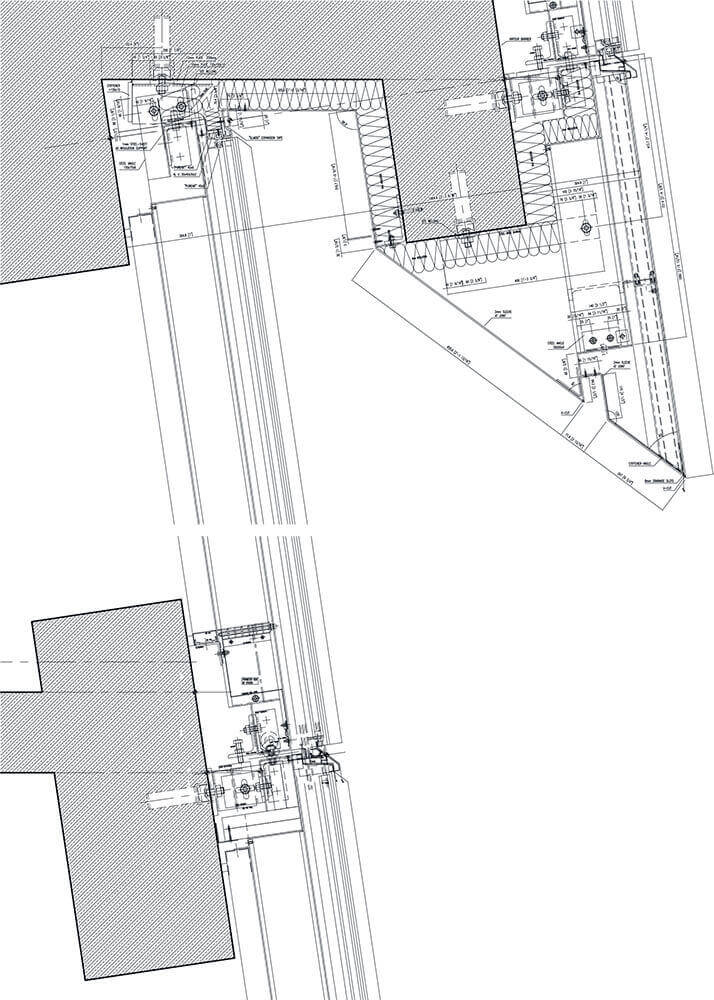 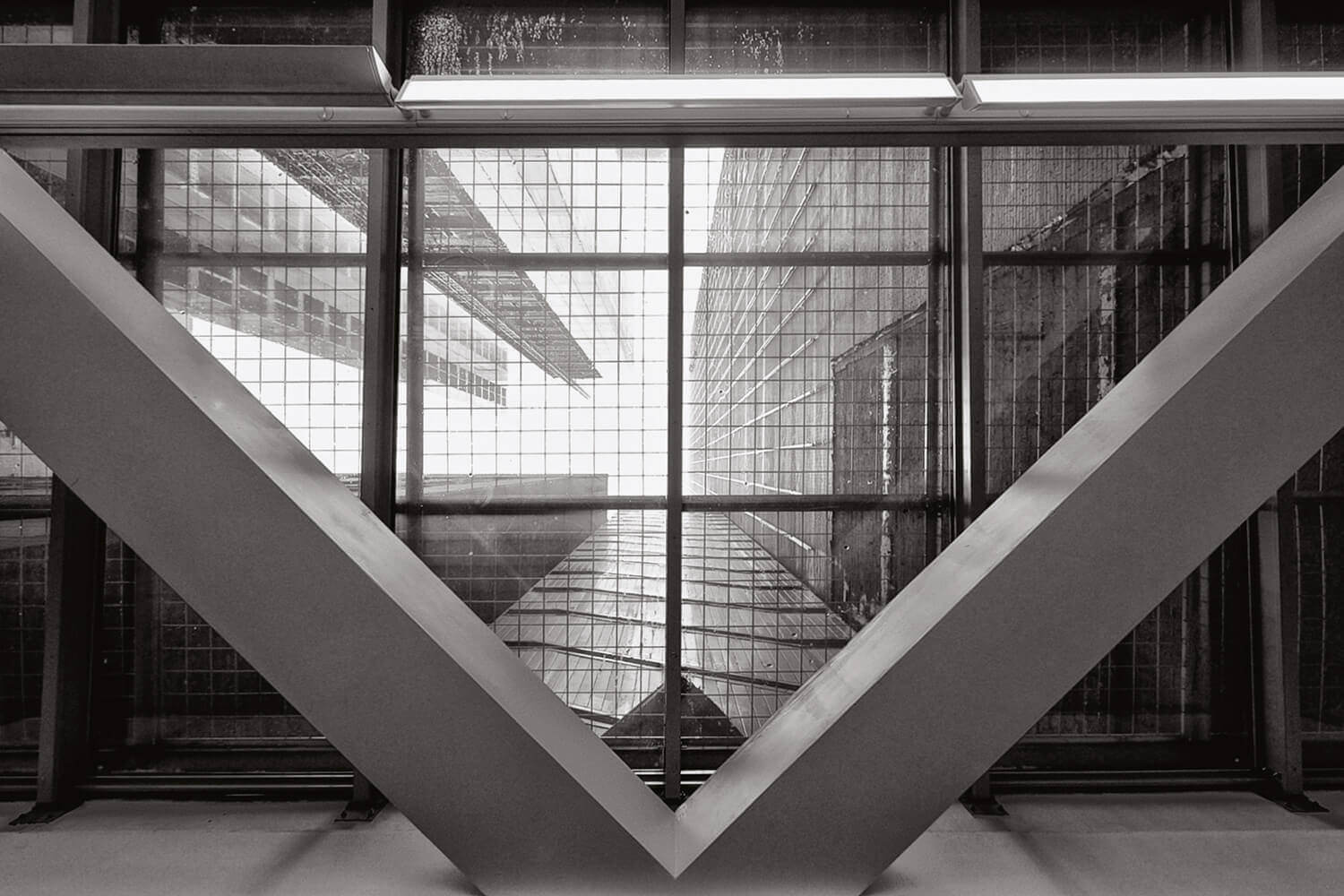 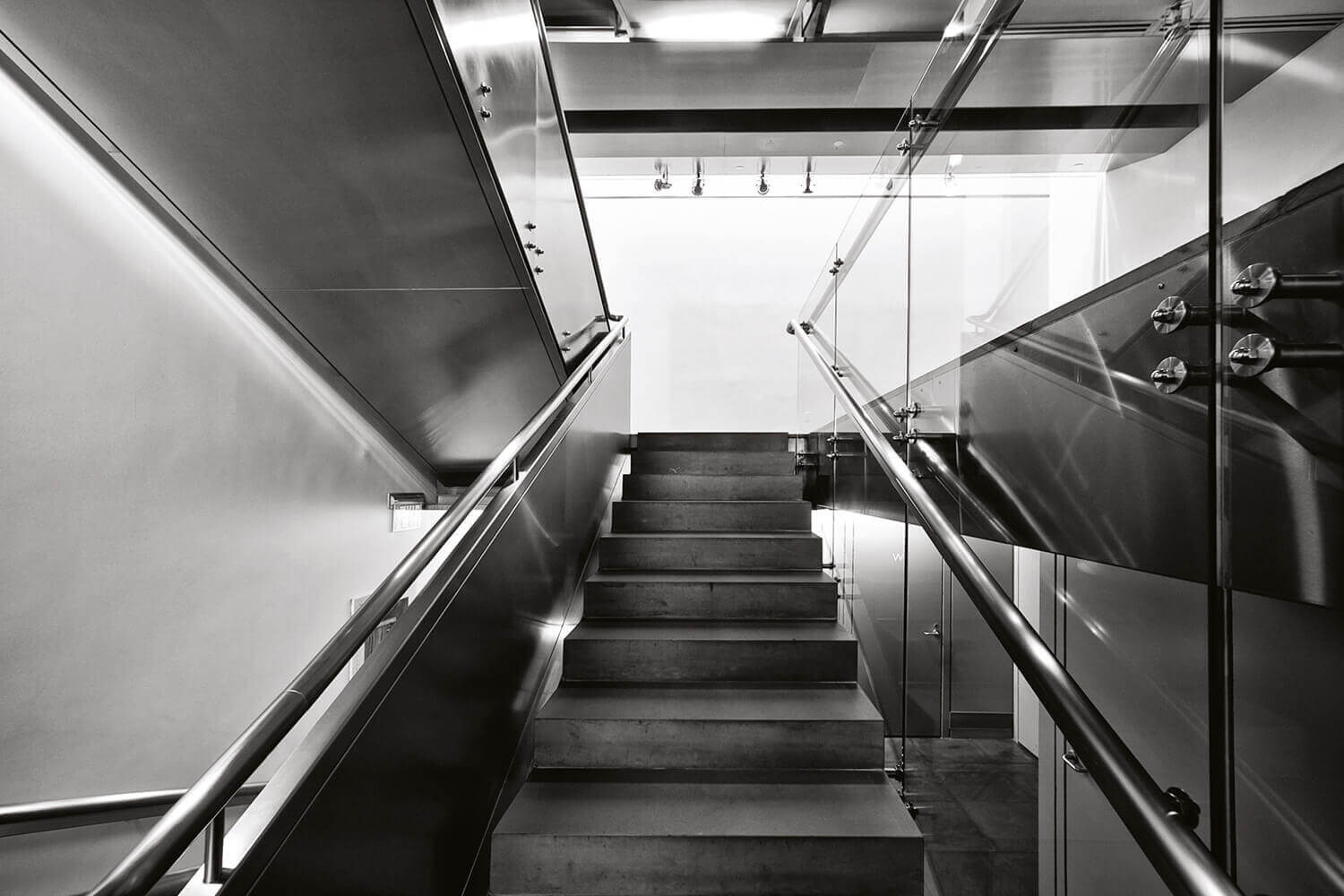 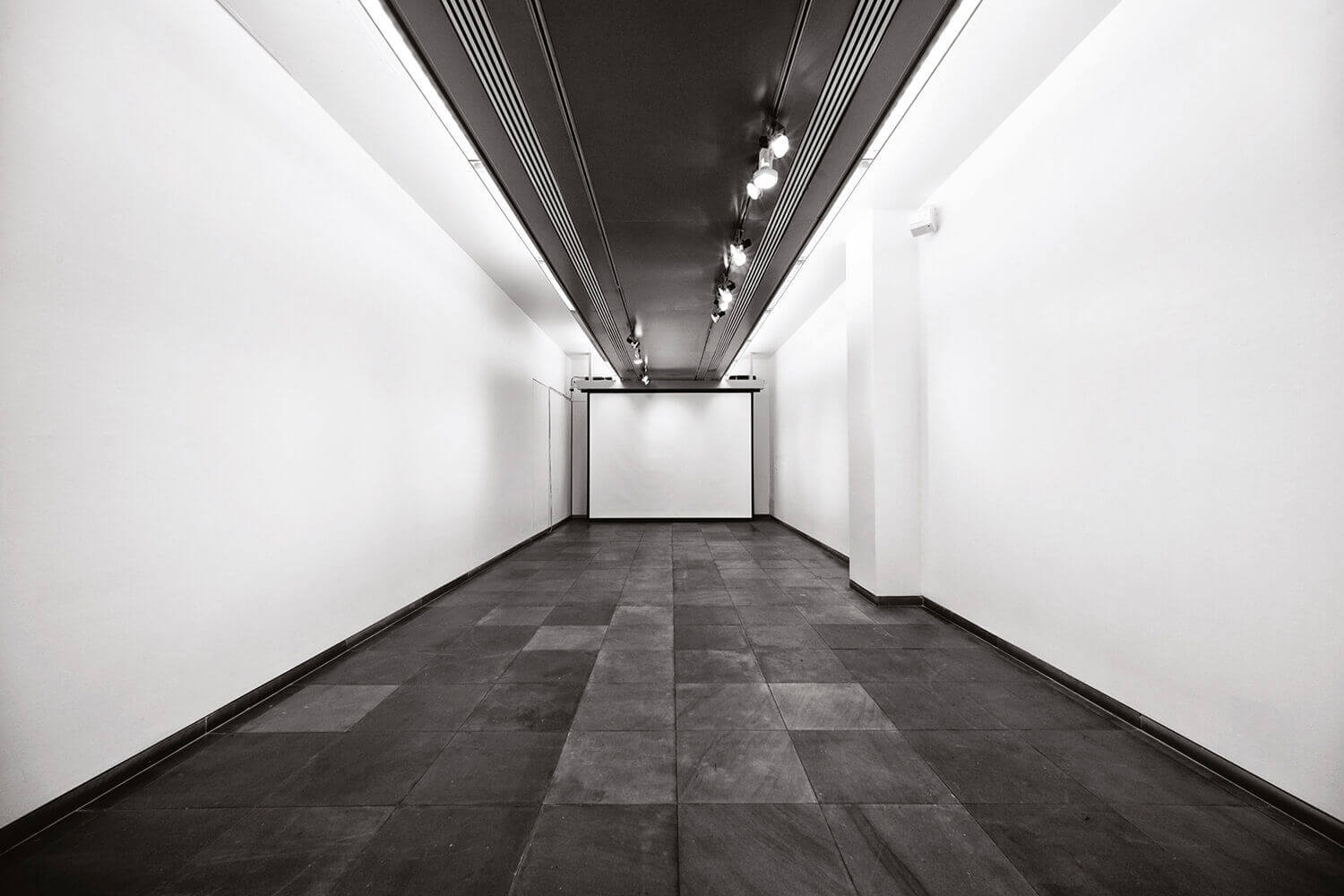