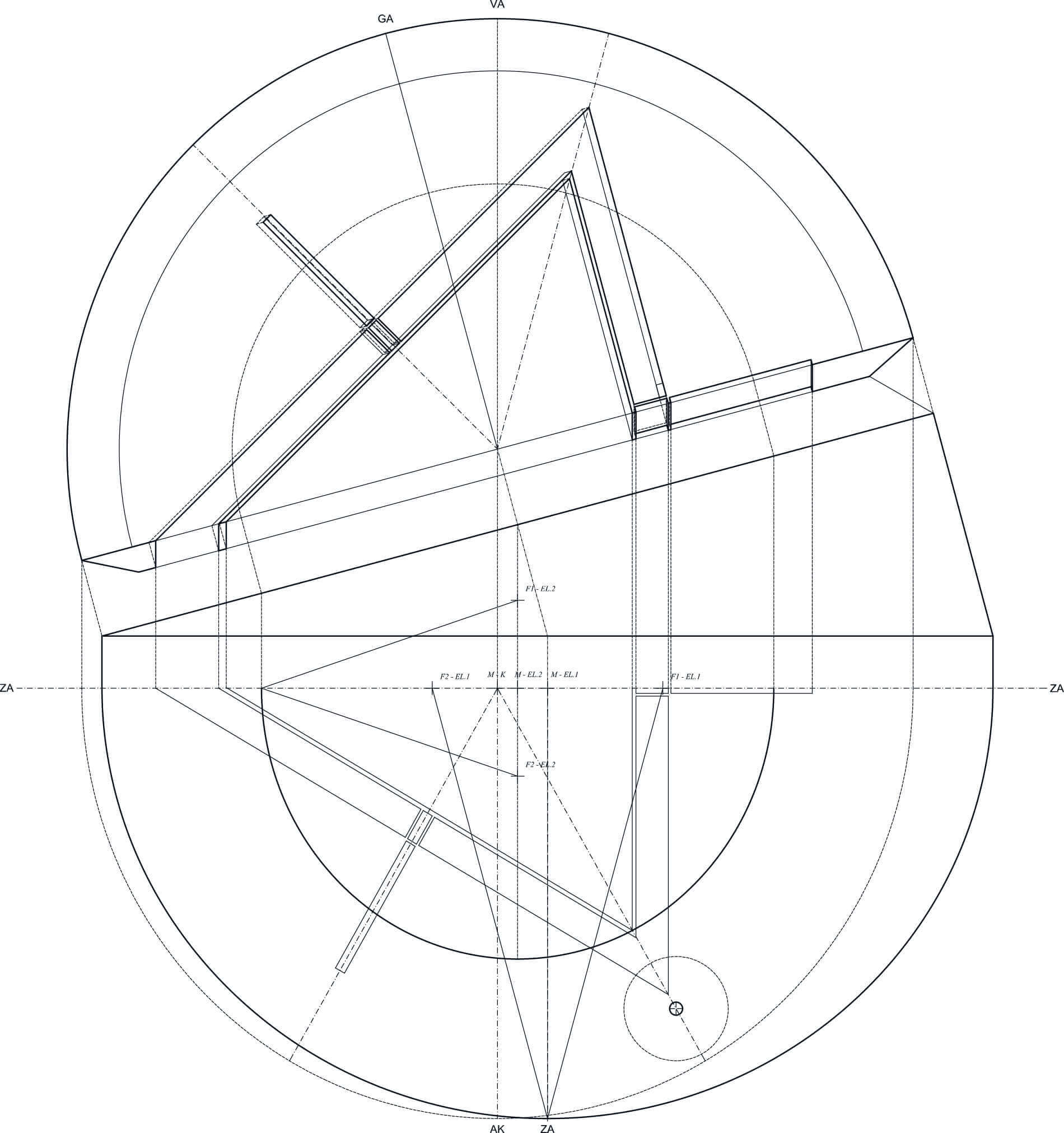 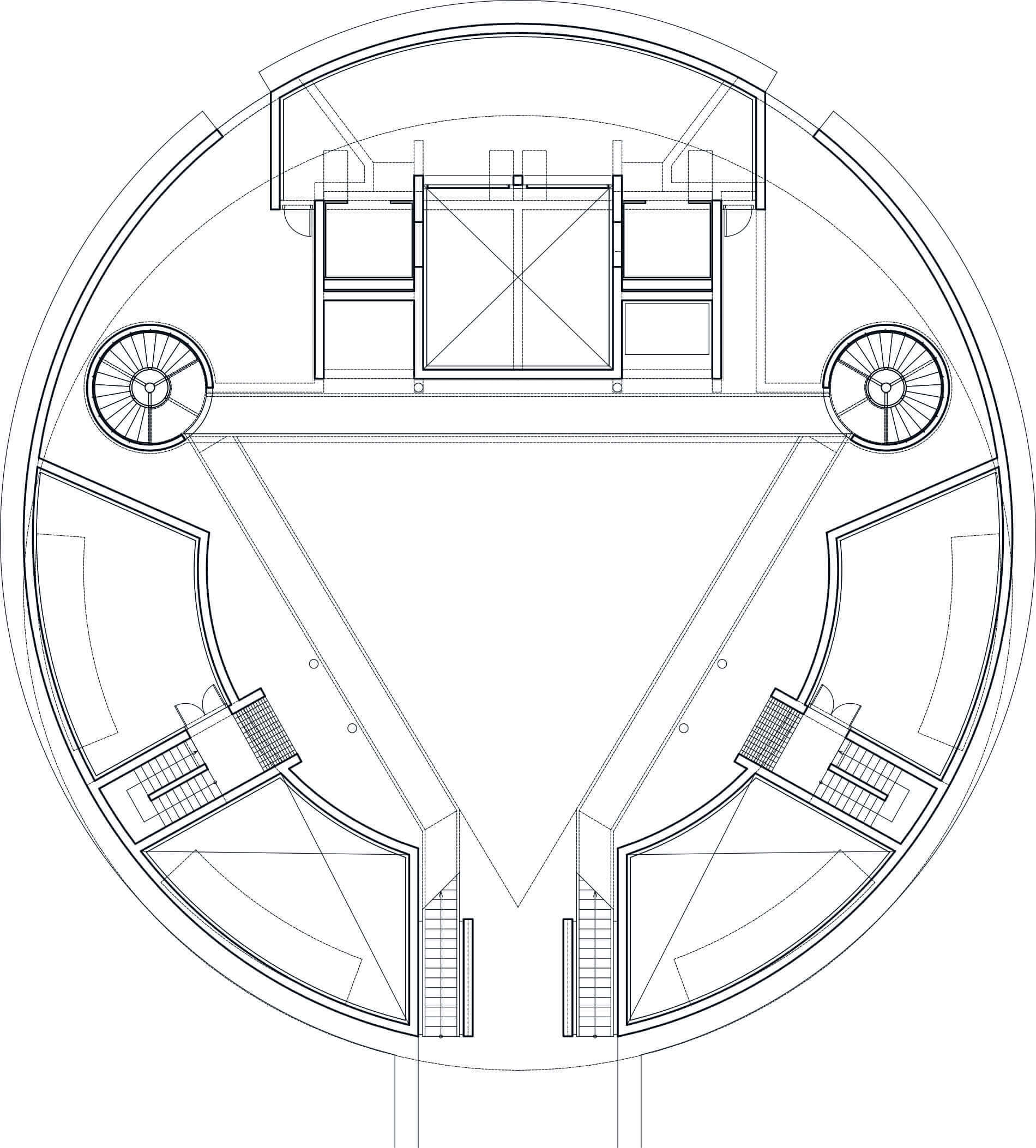 The Insel Hombroich Foundation, created in 1982 by Karl-Heinrich Müller is one of Germany’s great cultural initiatives.

The inhospitable site (a former NATO Nike Ajax missile site), and its history laid the foundations for Abraham. He decided to respond by creating an ideal geometry; moreover, he set himself the task of using architecture to reconcile the place with its past.

Abraham’s initial idea was to create a building reflecting the outer forces of the landscape, while shielding the interior spaces. The construction was to respect and reflect the landscape; similar to radar?

The Musikerhaus (House for Musicians) brings together many of the elements and aspects that have preoccupied Abraham since the early 1960s.

The ideal geometry of the building is described with rigor and precision, like that of a surgeon and his scalpel: a large drum 33 meters in diameter appears sliced along the horizon and left to rests on its projected elliptical section. The upper portion of the drum is sliced-off, and punctured by a large triangular opening which seemingly hovers somewhere between Heaven and Earth.

“As a geometric opening towards the sky, the triangle measures the movement of the stars, the Sun and the Moon.” —Raimund Abraham

Here geometry is not invoked as a symbolic image but as the origin of an order that makes it possible to progress from an initial notion, a mere drawing, to logical volumia.

“What was originally a monolithic building is articulated by certain geometric strategies and thereby called into question.” —Raimund Abraham

The correlation of space with time changes the character of the building so that it becomes a contemplative sacral site.

“The necessity of architecture is to celebrate the sacredness” —Raimund Abraham

“It means that if architecture provides that stage you become aware of your participation in the space, you become an actor.” —Raimund Abraham 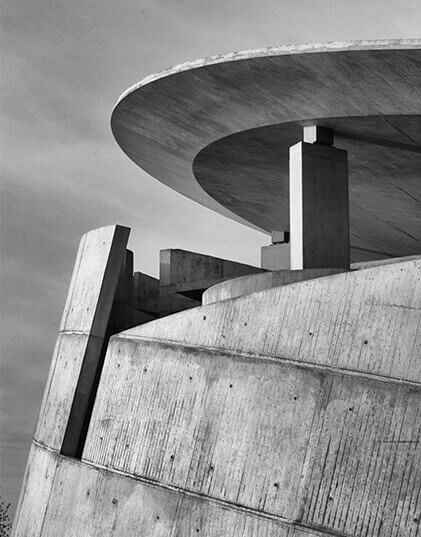 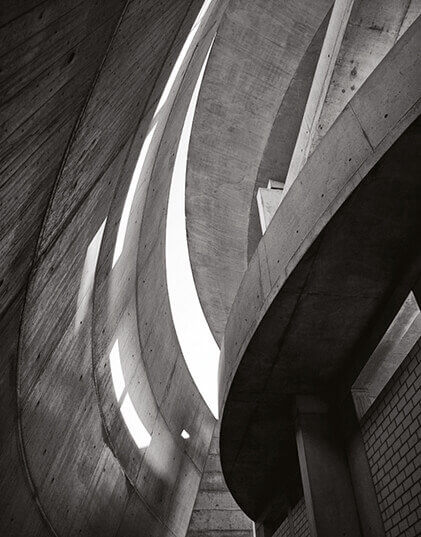 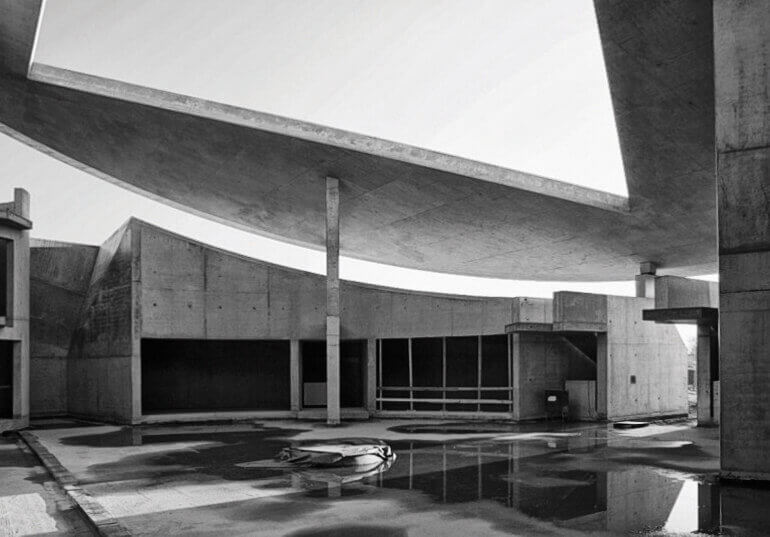 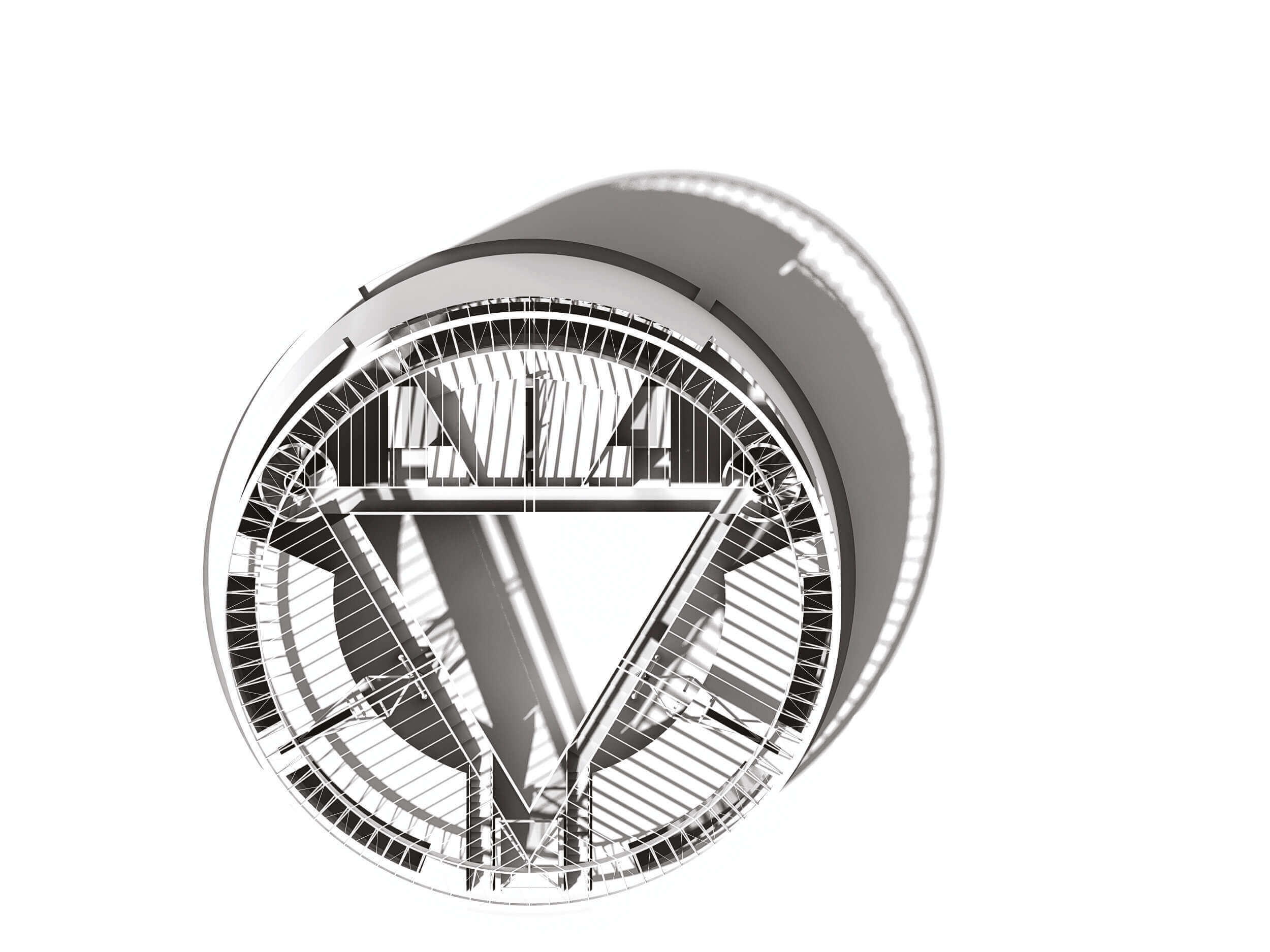 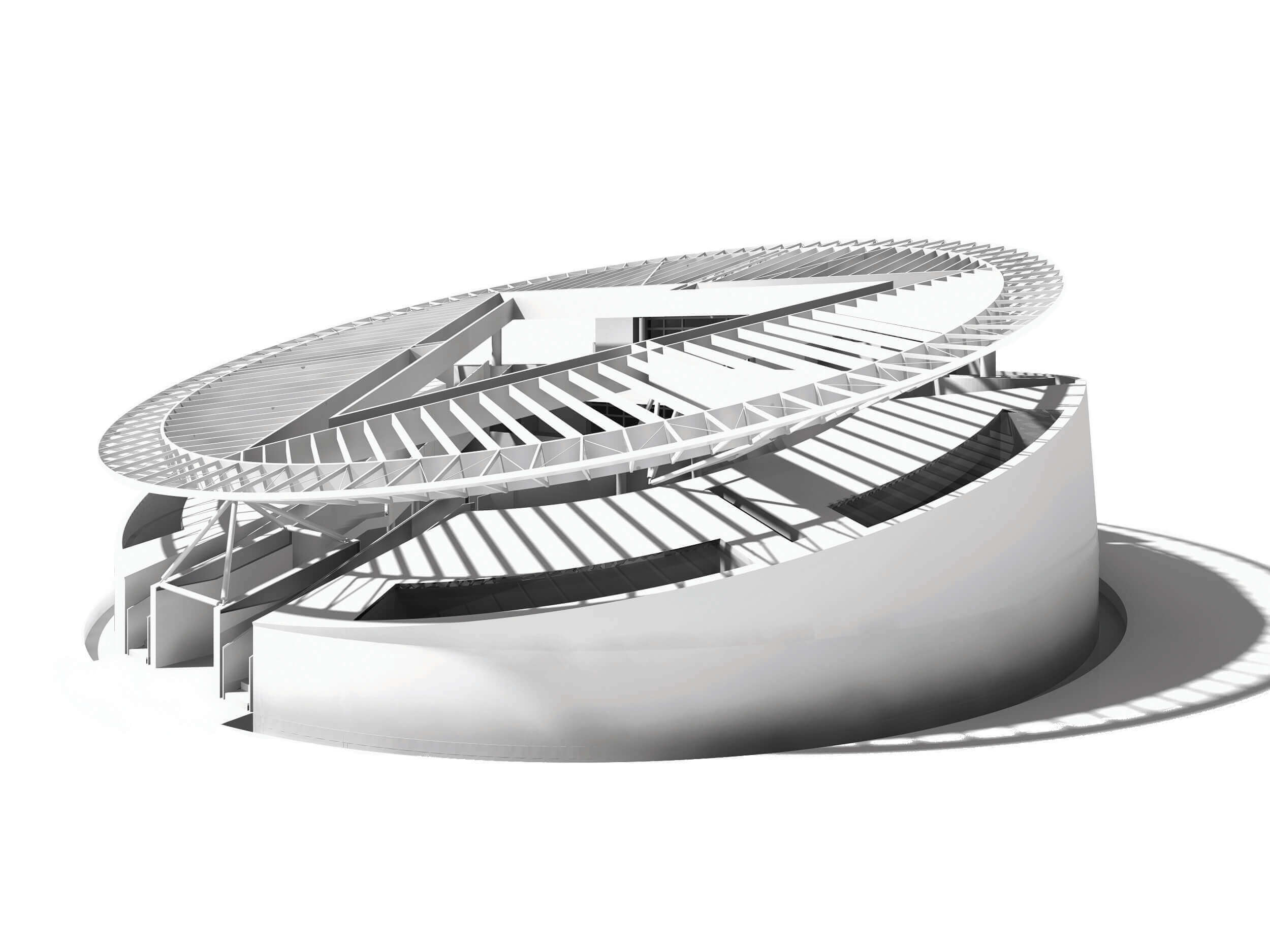