Akko (Acre, Israel) sits at the crossroads between Europe, Asia and Africa, commanding the northern shores of the Bay of Haifa.

Akko symbolizes cultural diversity and harmony and is home to the many religious communities in the region, namely Jewish, Islamic and Christian. The Napoleon Hill is situated to the east of the Old Town and is thought to be the site of the antique settlement. The hill is protected by the Israeli department of antiquities and managed by the Akko City Council. A series of new cultural spaces, flourishing around the foot of hill, has lead to the idea of generating a meandering network of covered walkways sheltering the visitors from the sun while allowing light and sea breezes to flow freely through the spaces.

One approaches the hill from the northwest access road. The sun typically glides through clear blue skies over the bay. Having reached the top the hill, one’s natural instinct is to turn towards the Bay of Haifa, into the breeze and light. A blinding sun sets the sea ablaze while the waves shimmer like millions of diamonds. The word “wave” in Hebrew is “gal”. The wave symbolizes a cyclical and perpetual motion, life; while “shalom” is peace.

The lightweight canopies clad in fabric fit a minimal surface topology. They act as solar shading devices by day and glow along the hill by night, guiding the visitors to and from the amphitheater and other cultural events around the hill. 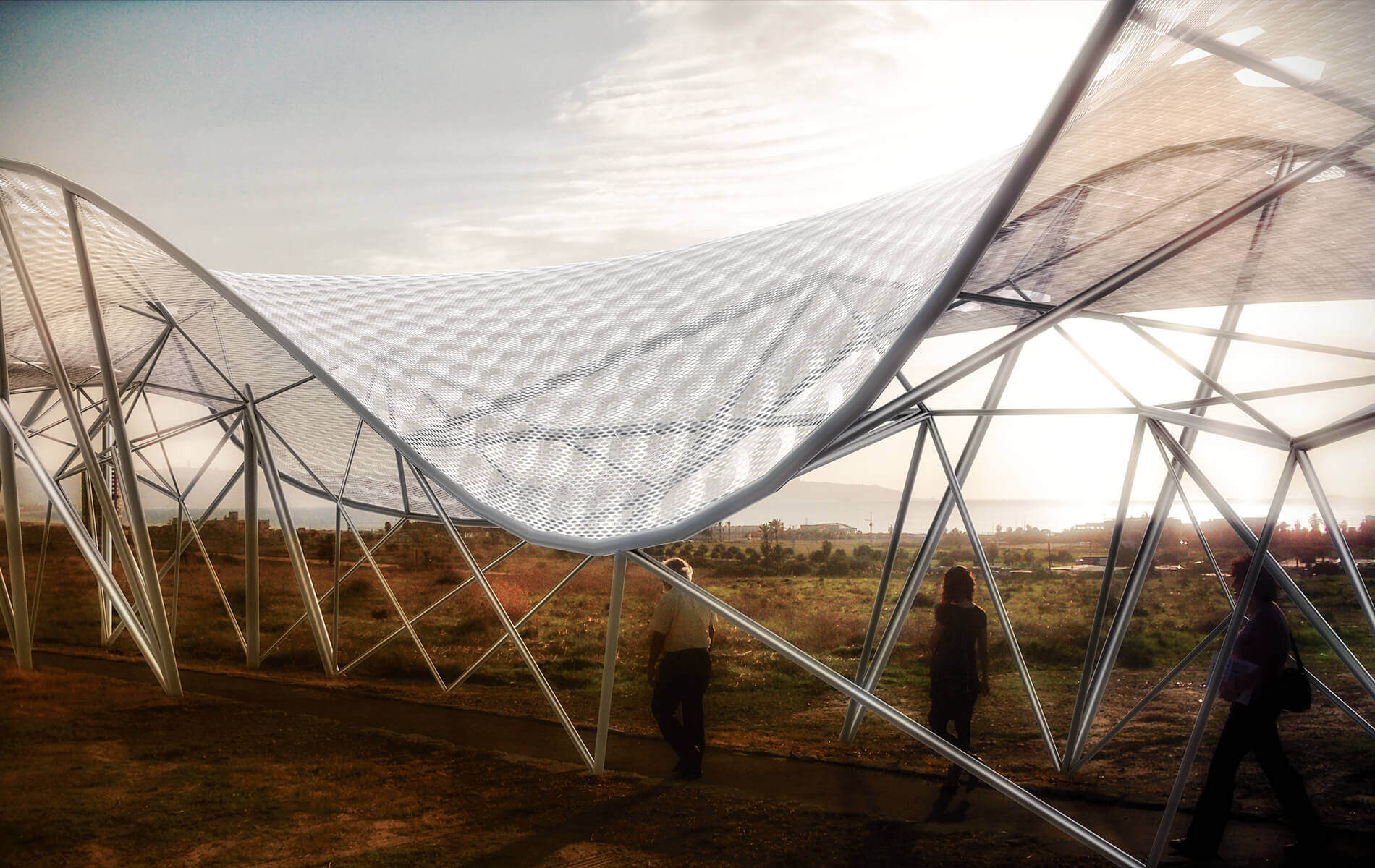 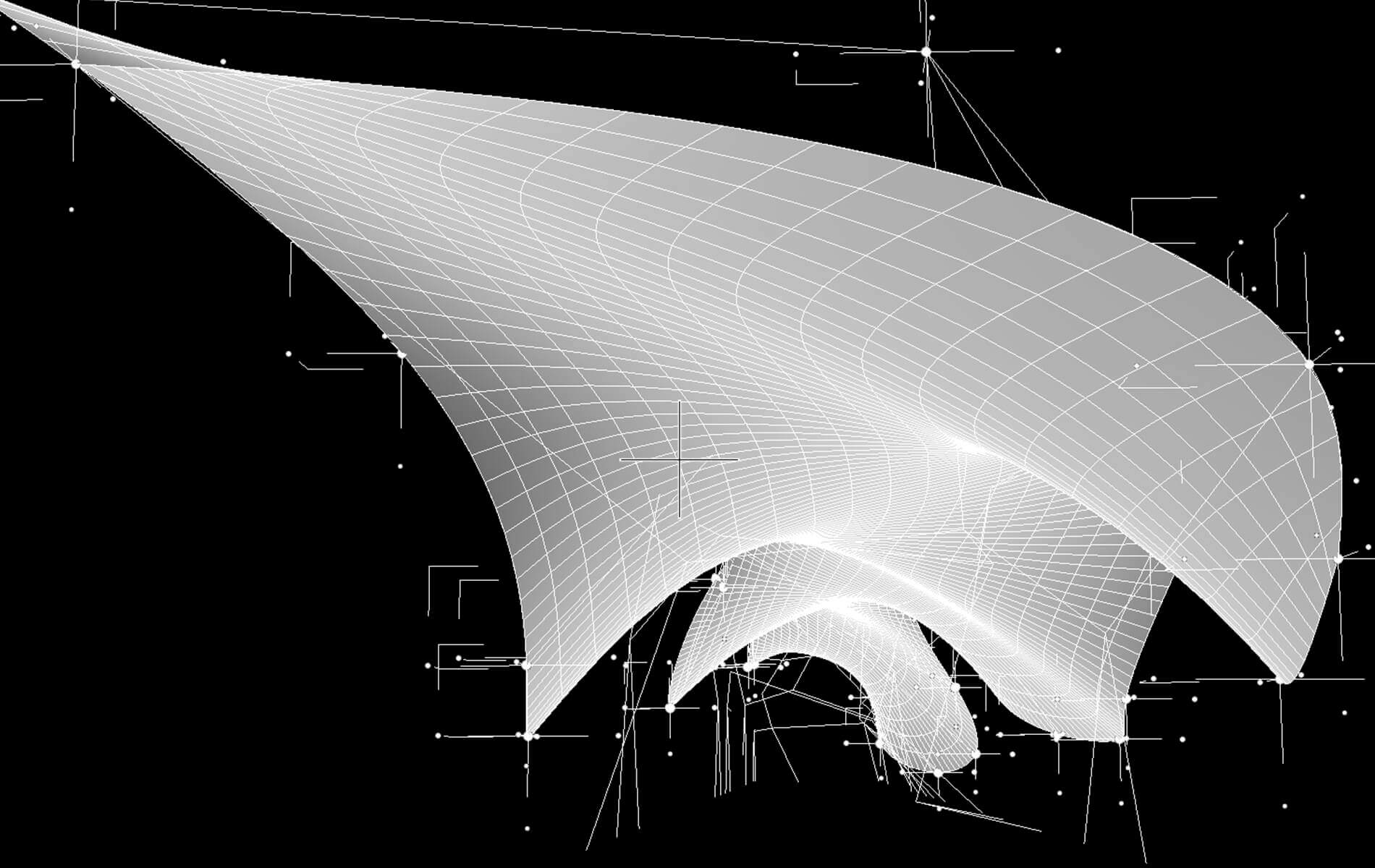