In 1970s Jerusalem, watermelon stalls appeared along the city’s seam line, transforming the no-mans-land into a band of twinkling lights where residents and visitors of all cultural, religious, or political backgrounds were welcome. While the stalls are long gone, the sweetness of the watermelons and what they represented still lingers. This space of encounter among different cultures, peoples, languages, smells, and flavors, which is so profoundly characteristic of Jerusalem, is reenacted by the “Meeting Point,” taking place under the bridge between the Katamonim, Pat, and Beit Safafa neighborhoods. The temporary structure enacted on this site constitutes an artwork in its own right and features a performance stage, numerous activities, and watermelon stalls worthy of the city’s tradition.

The site’s construction is led by a group of architecture students from the Technische Universität Berlin, under the supervision of architect Christophe Barlieb. The event, an initiative of the Muslala Group, was born of collaboration among numerous bodies, organizations, people, and groups who genuinely believe that “what we share is greater than what divides us,” that “simple pleasures are the best pleasures.” And that most of us feel the desire for a cold watermelon awakening anew every summer, while an oud player plucks his strings in the background. 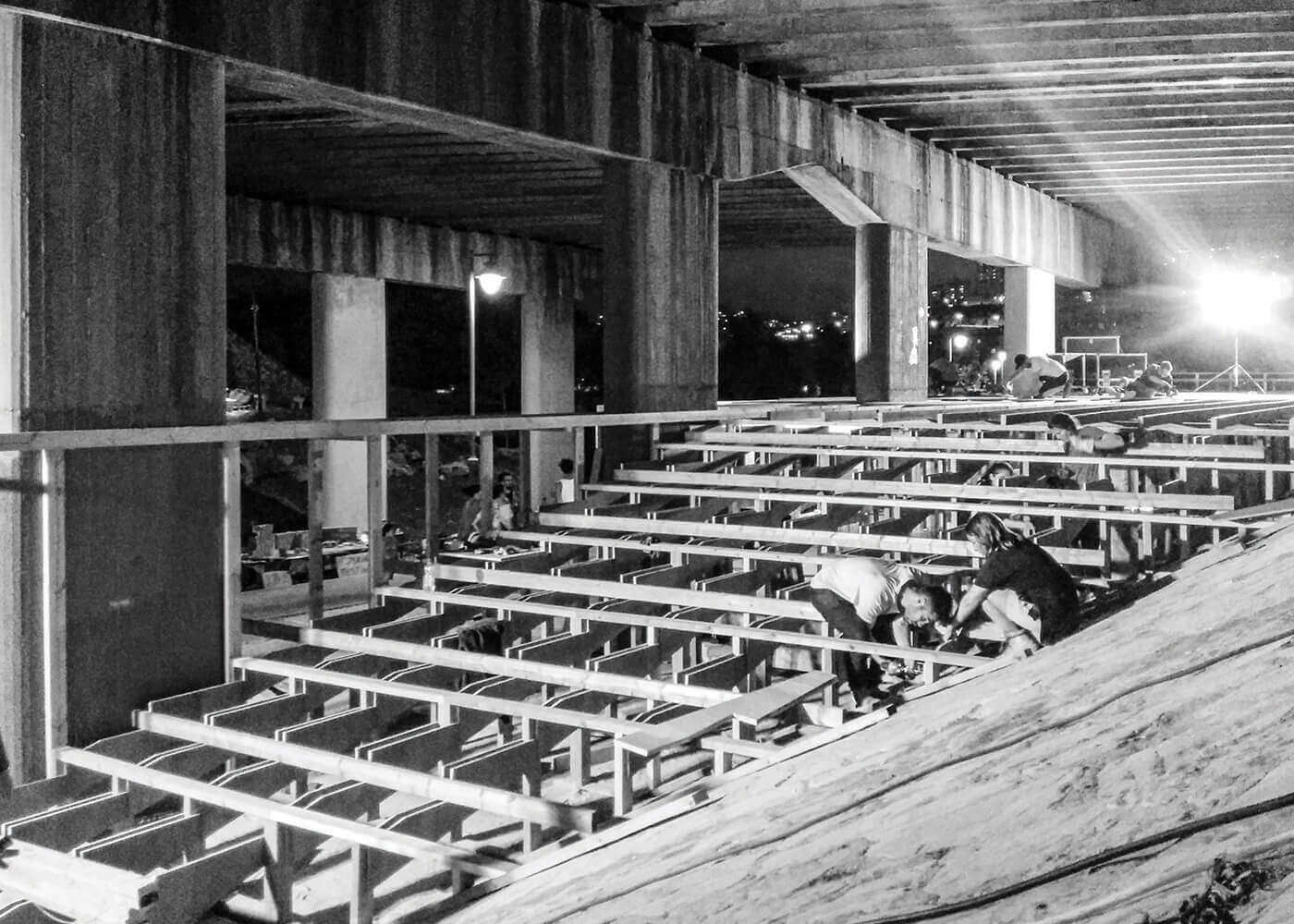 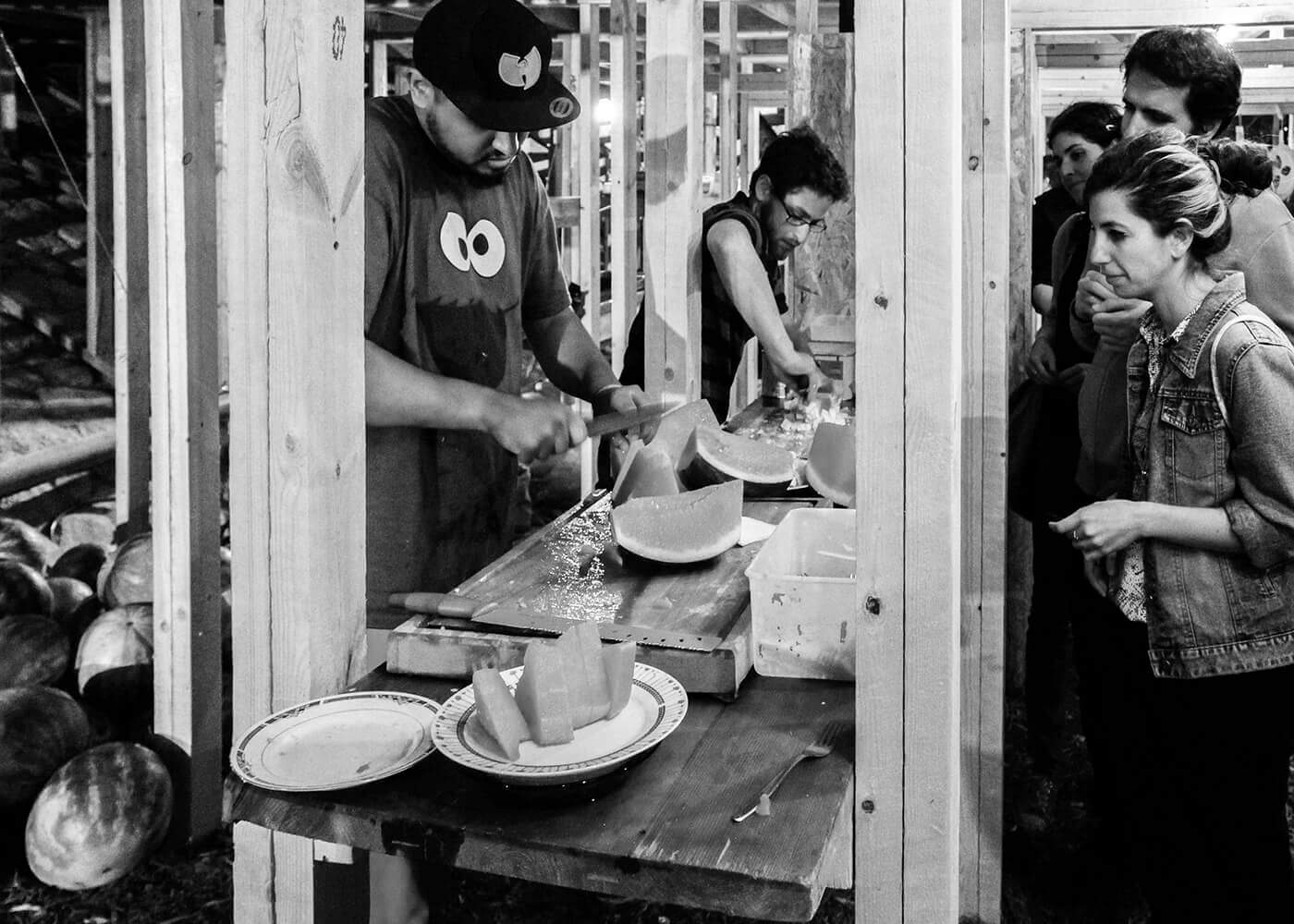 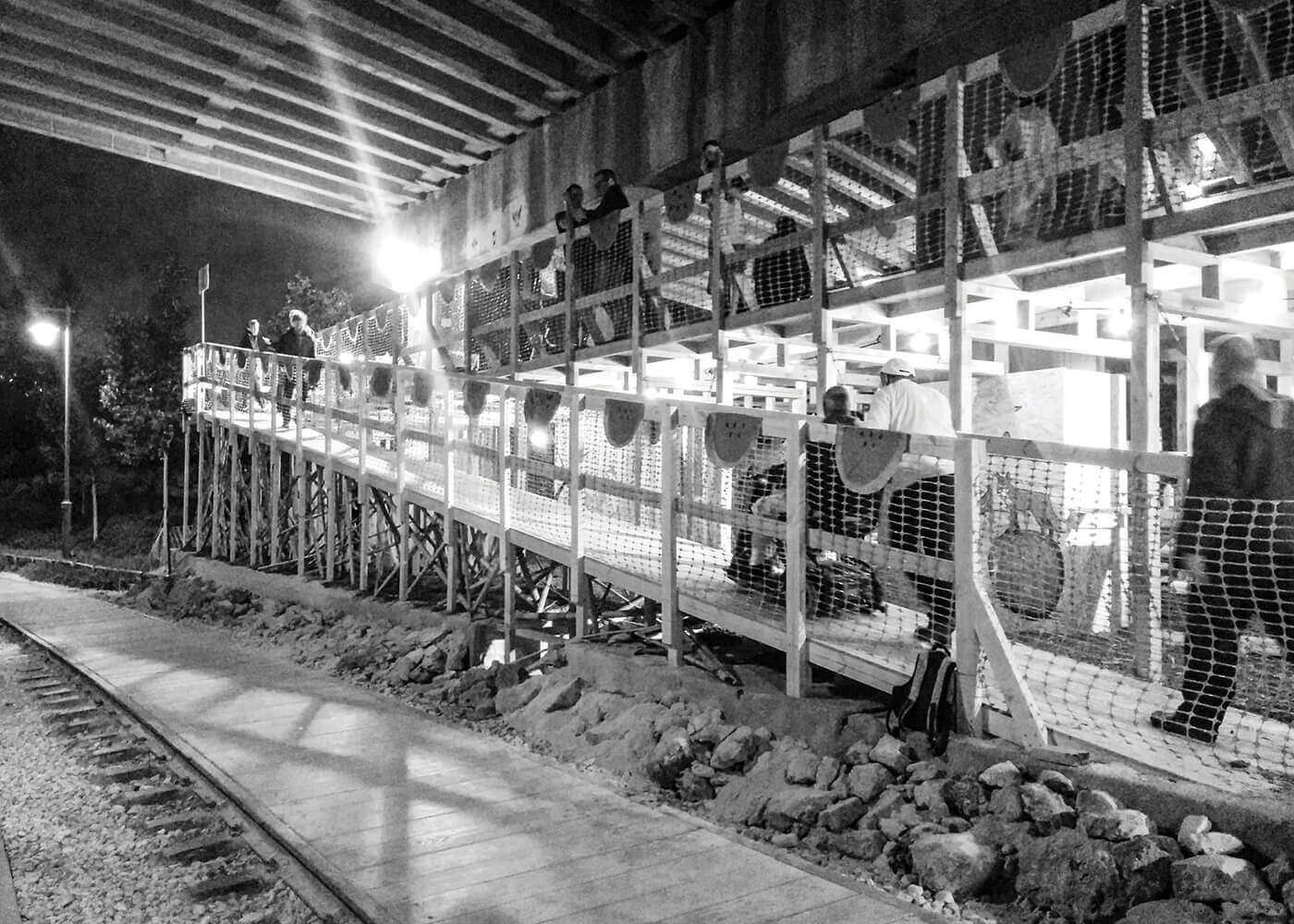 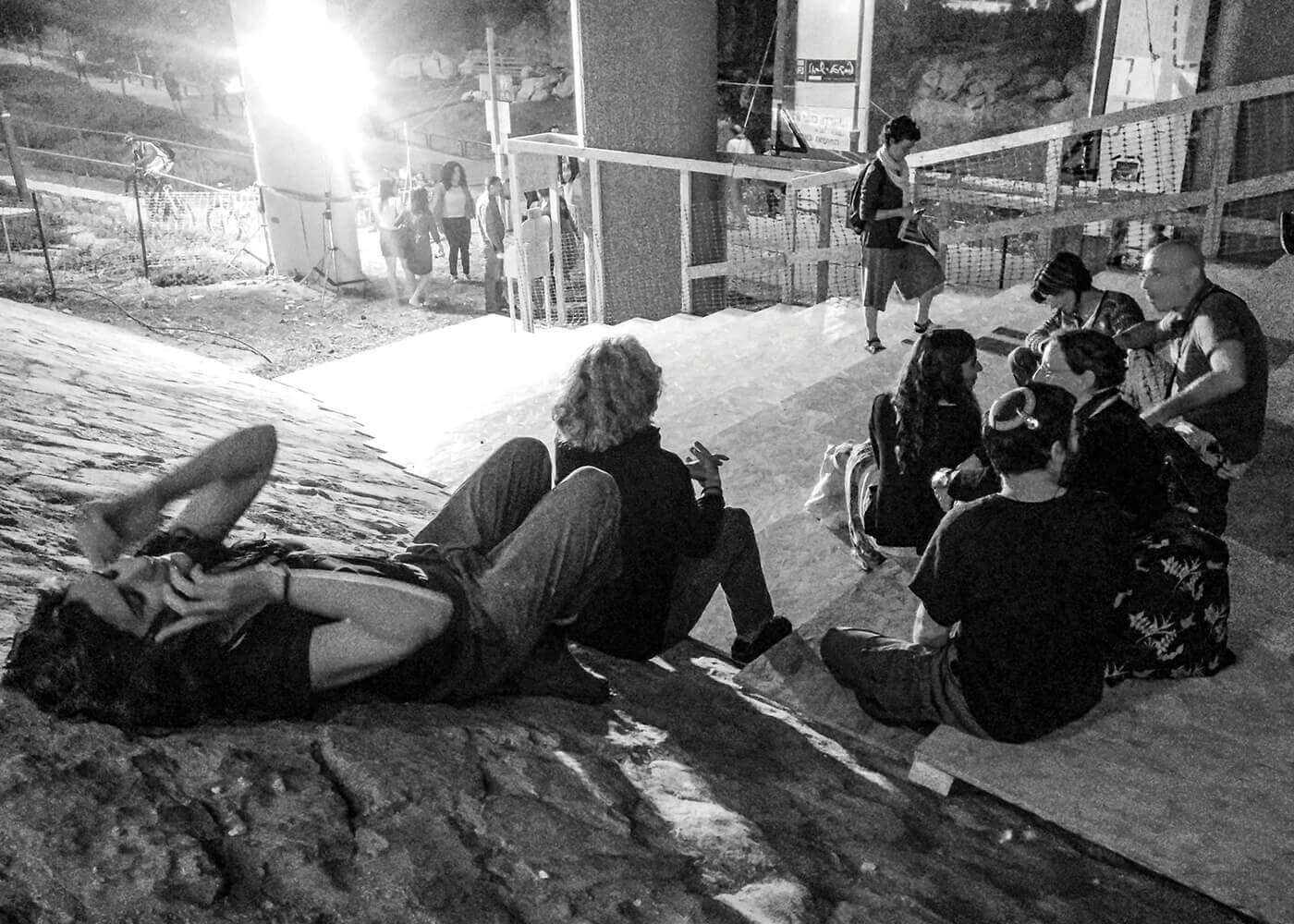 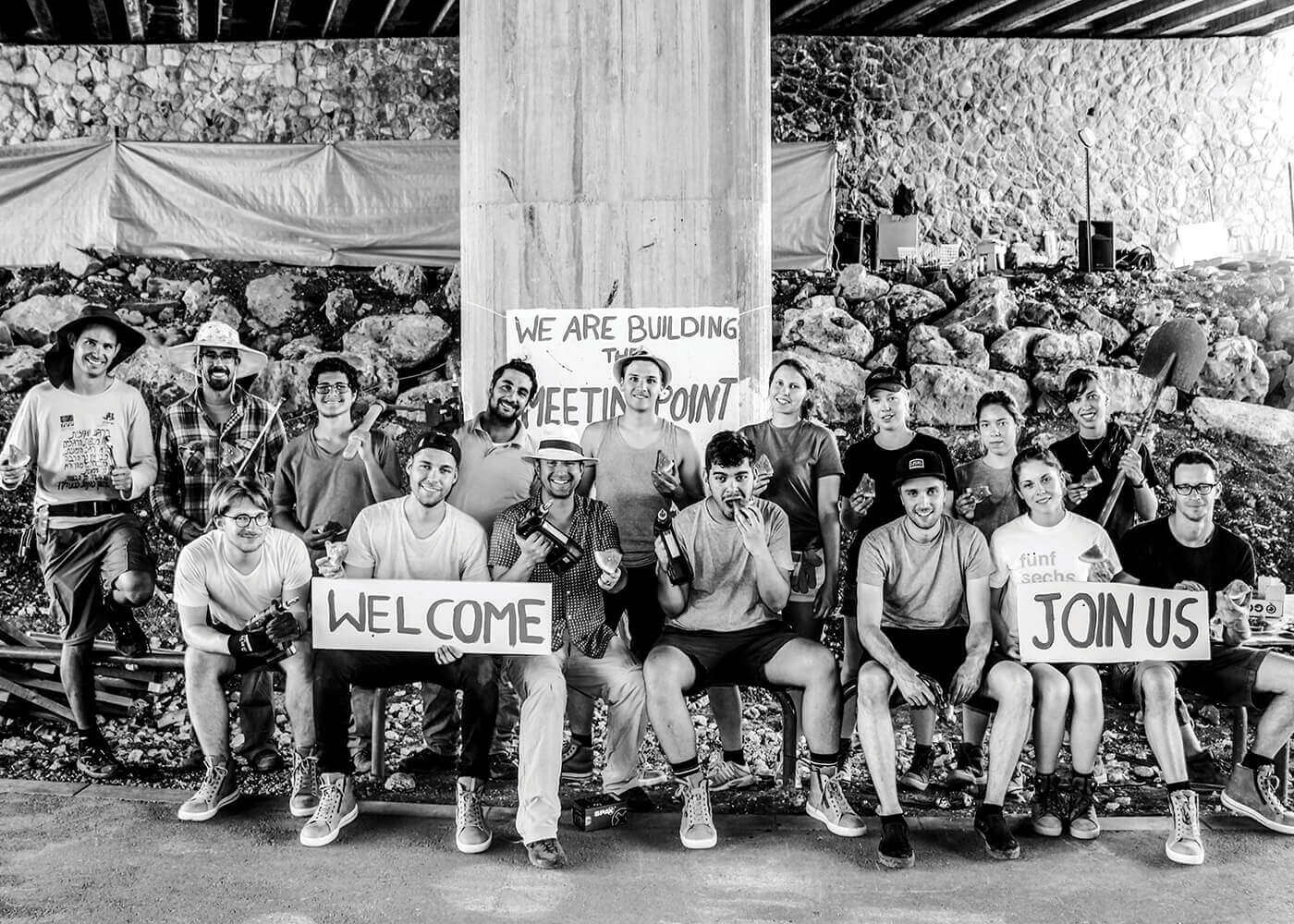 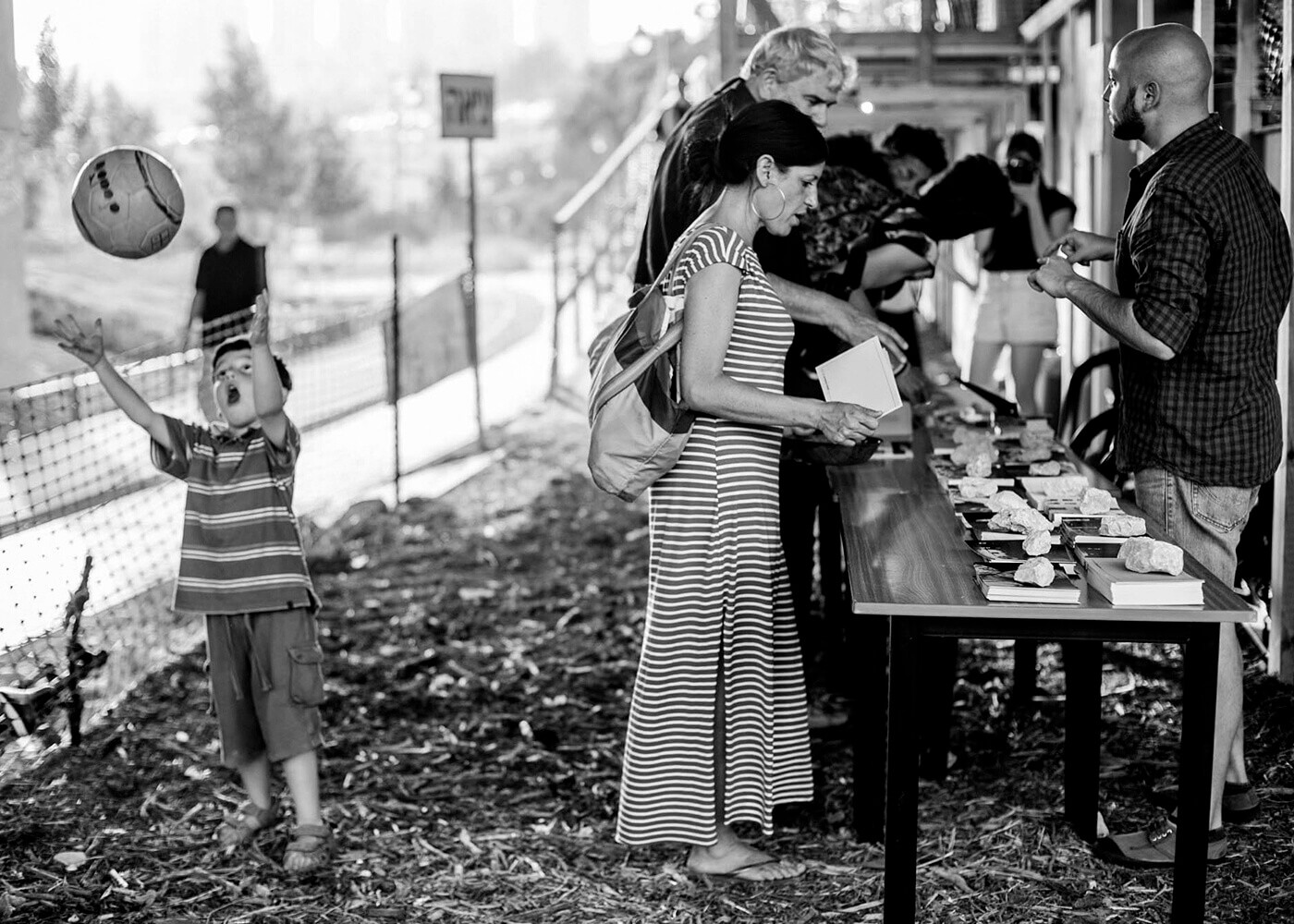 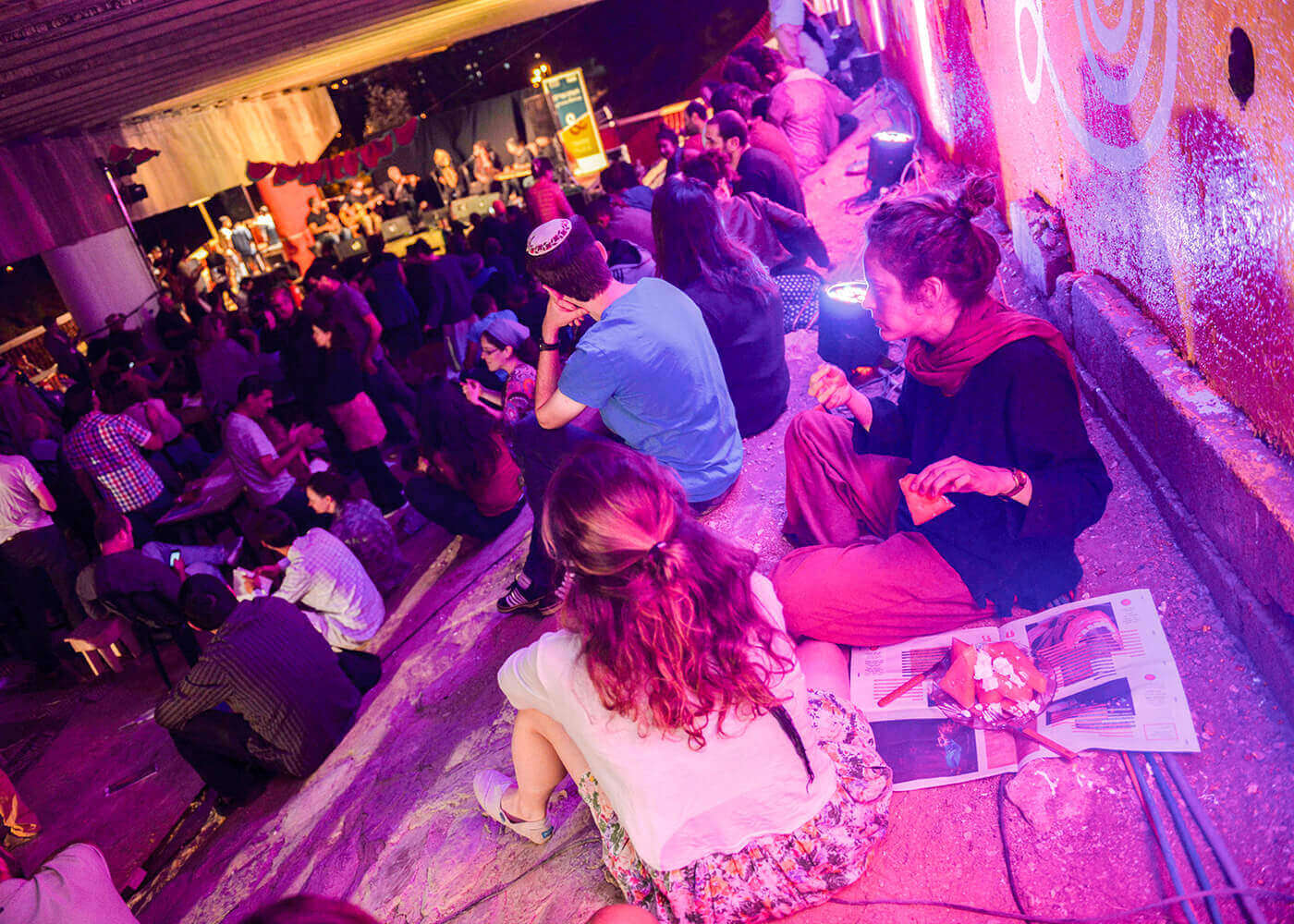 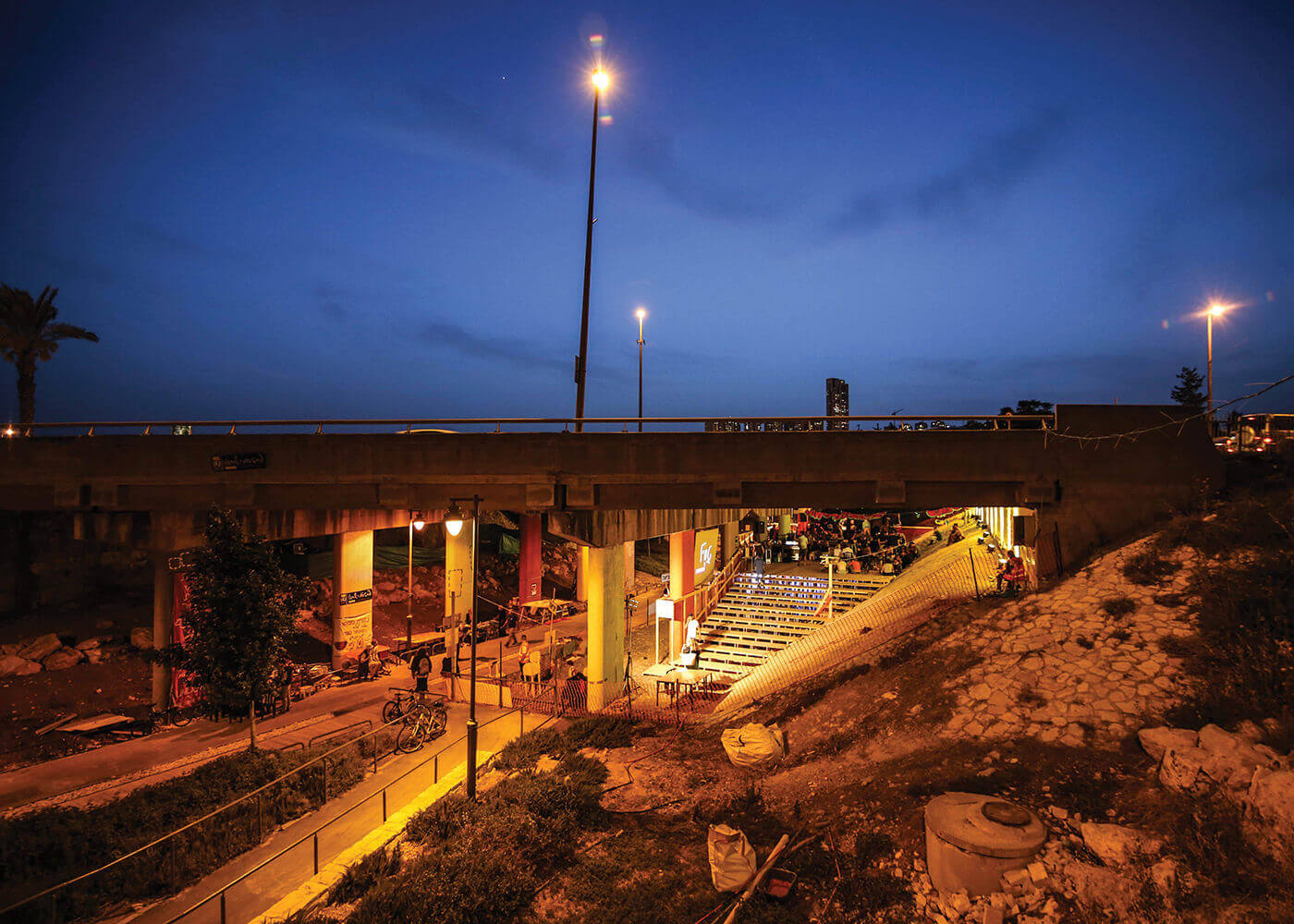 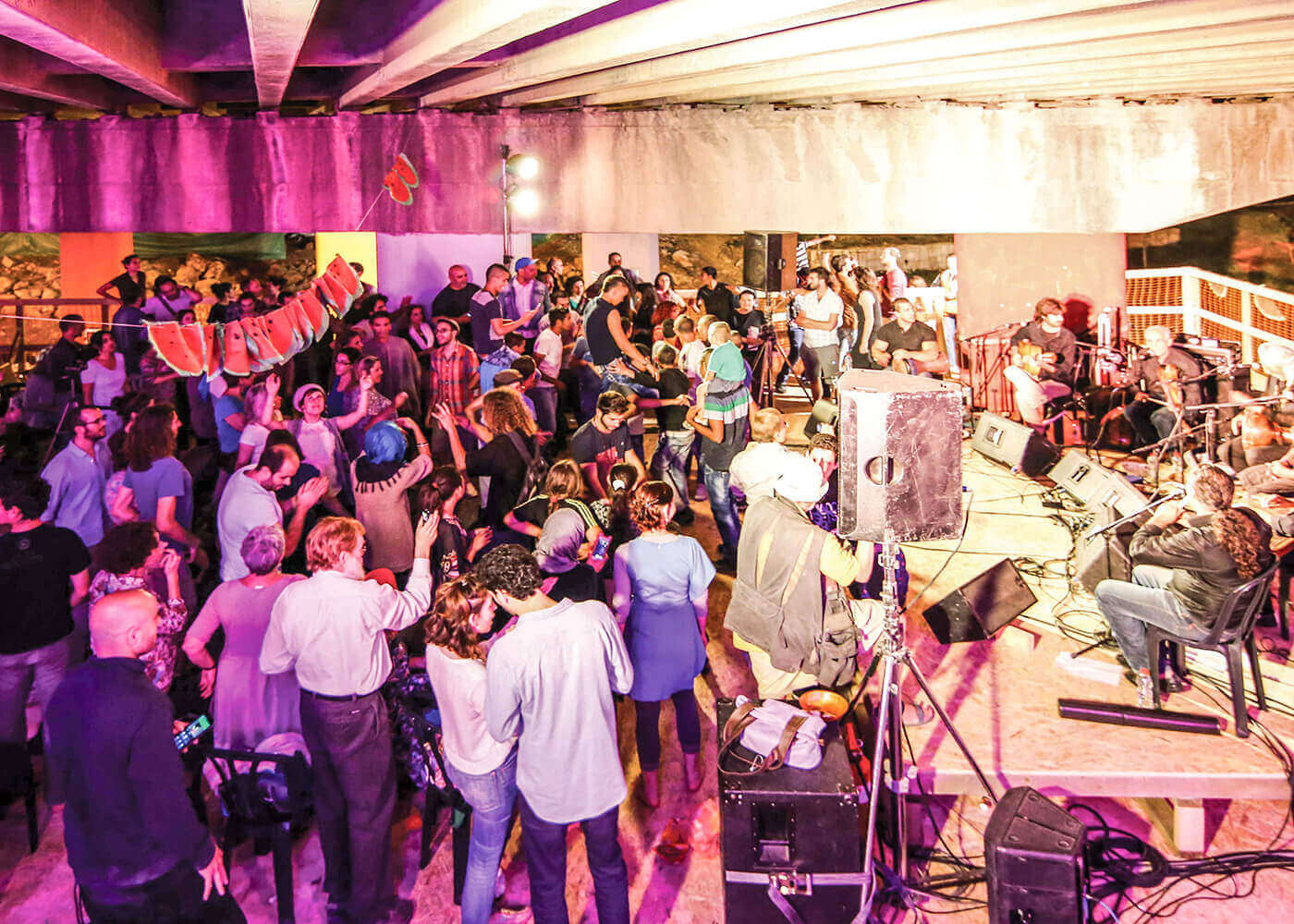 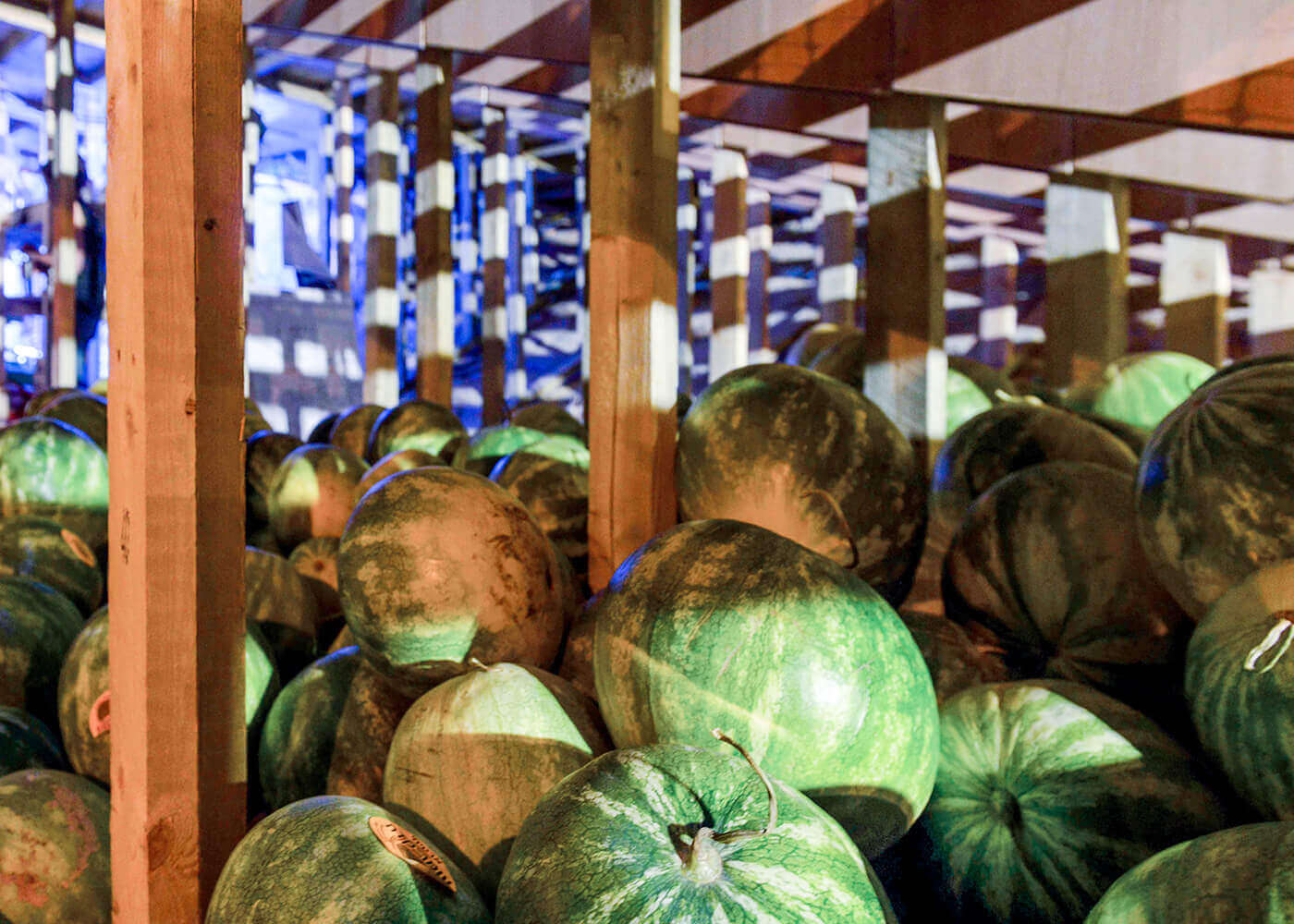 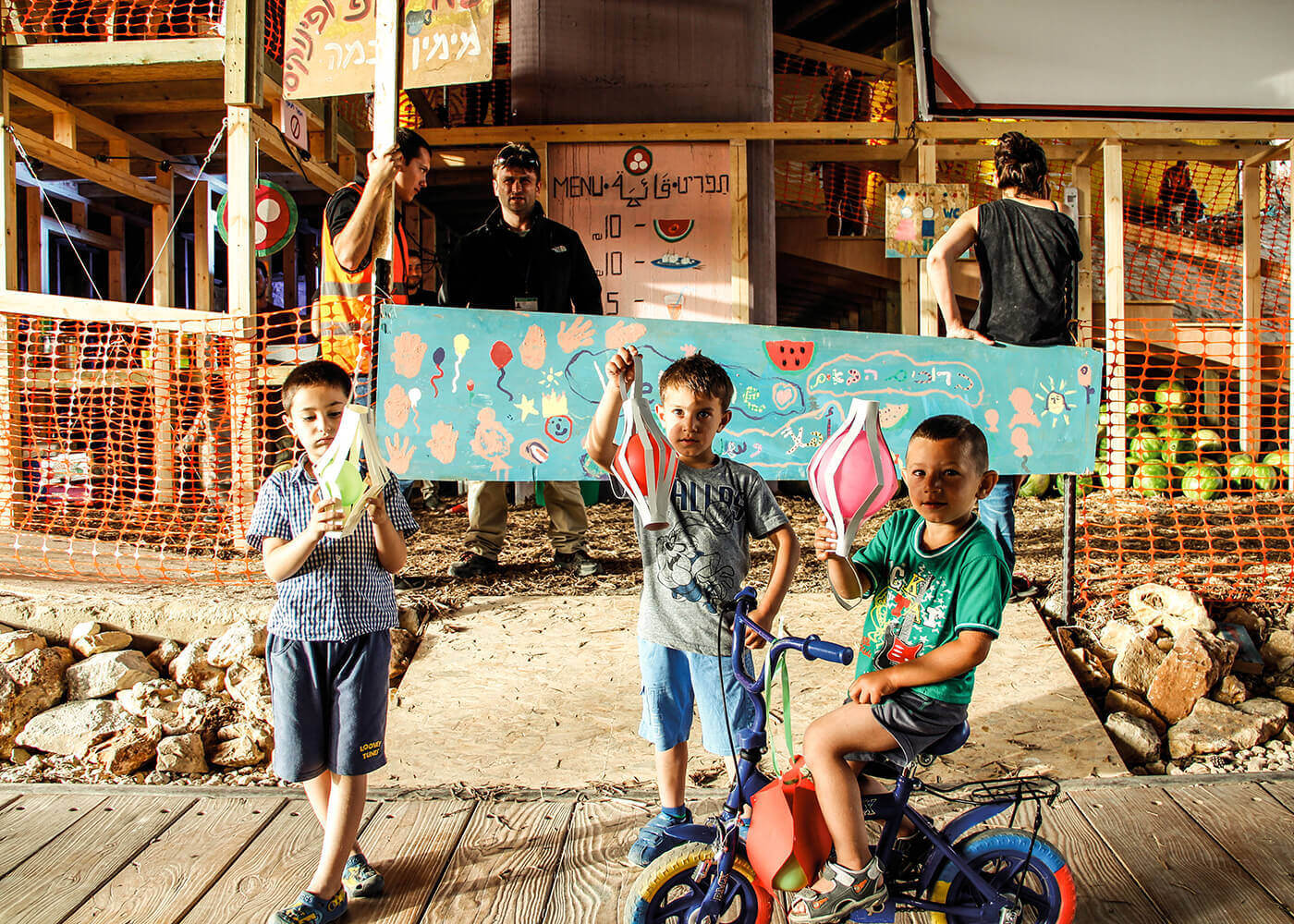 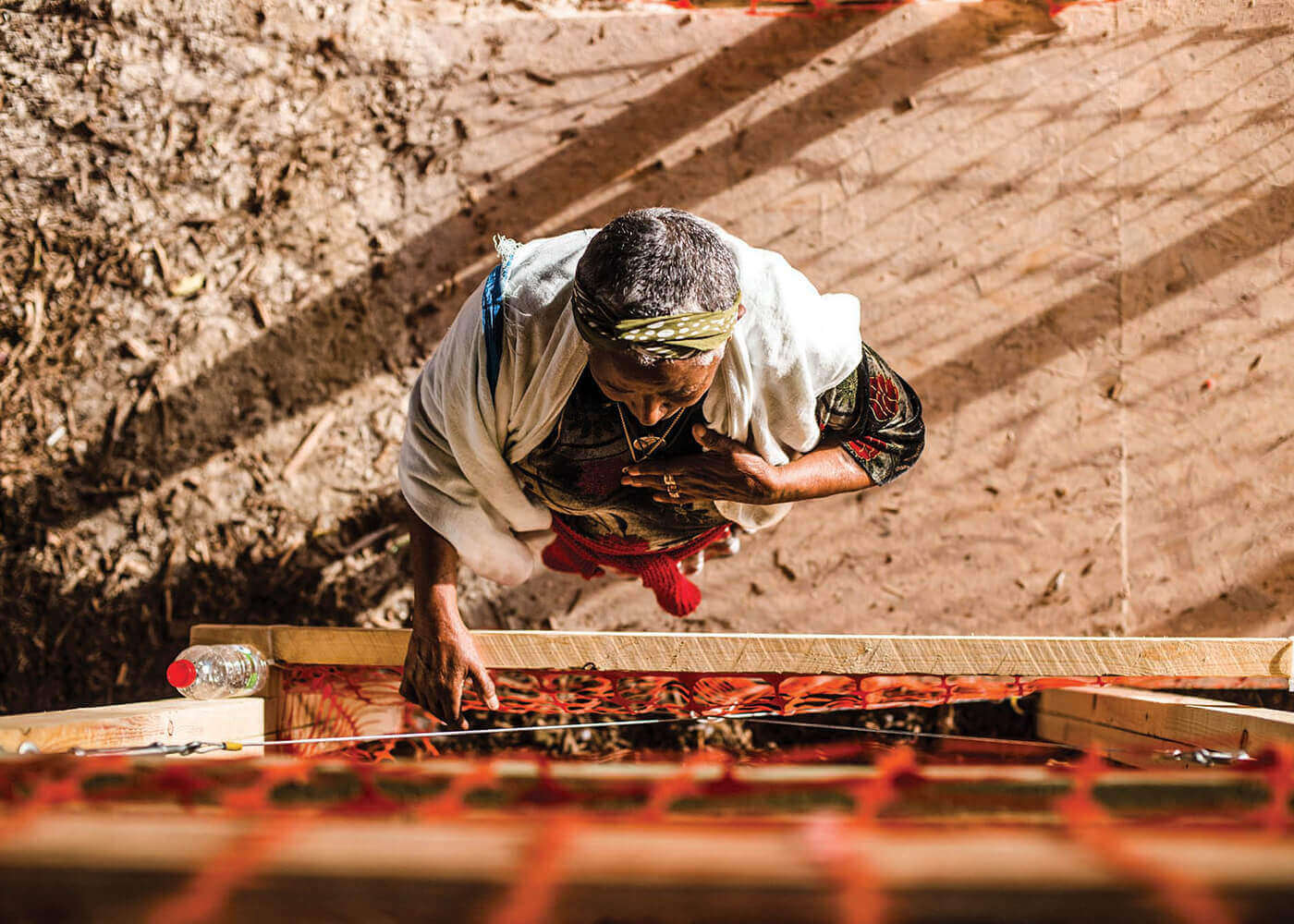 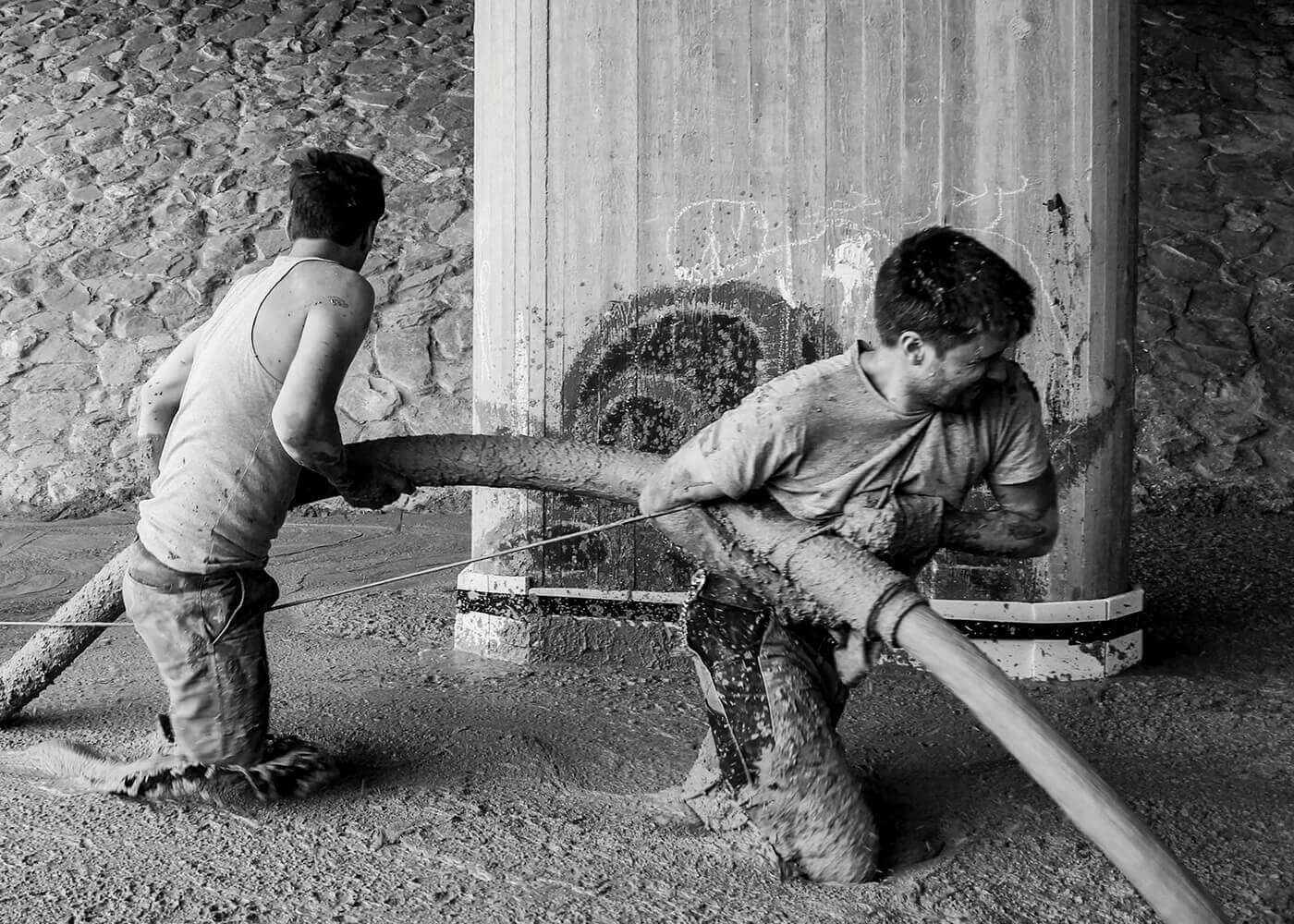 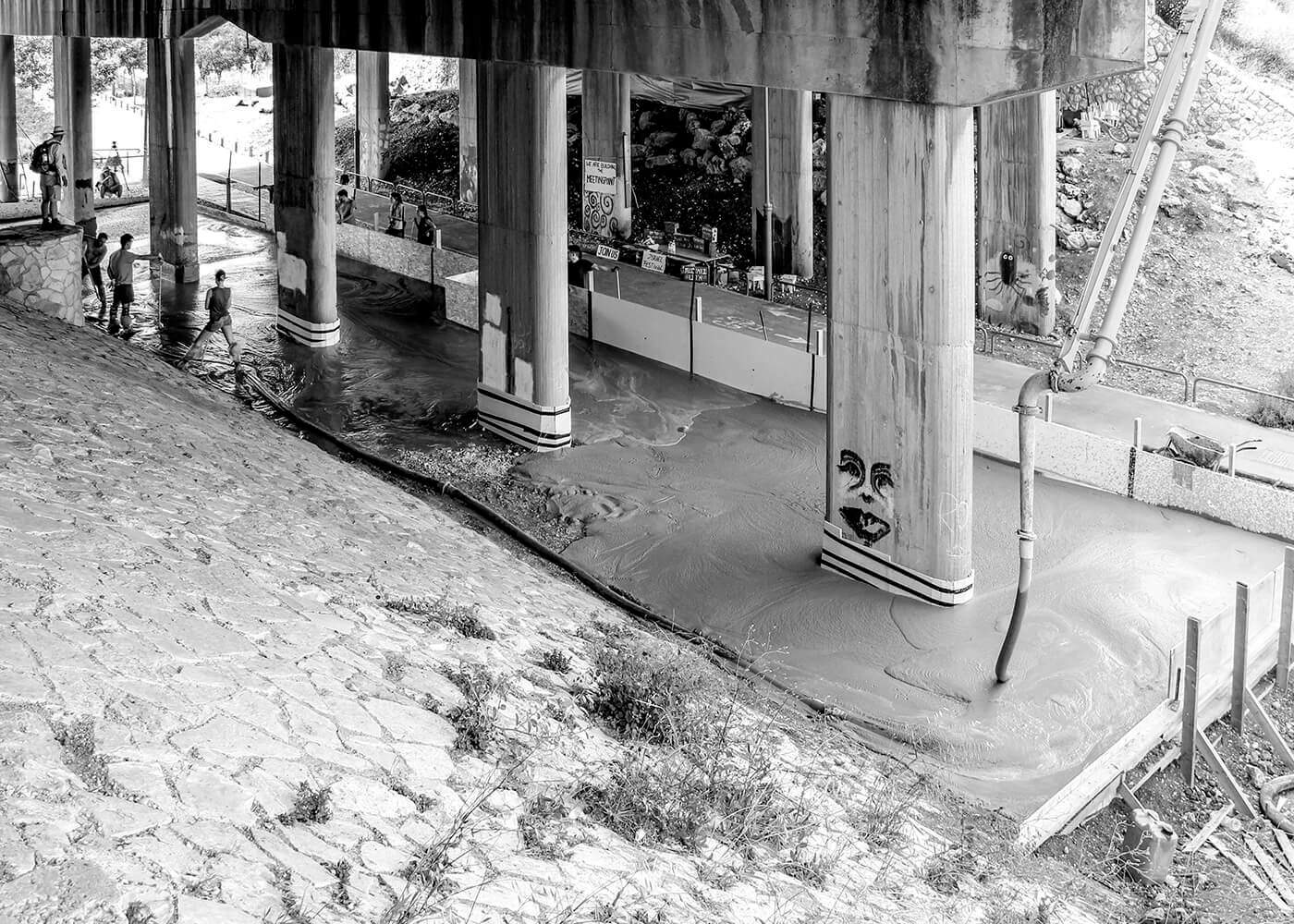 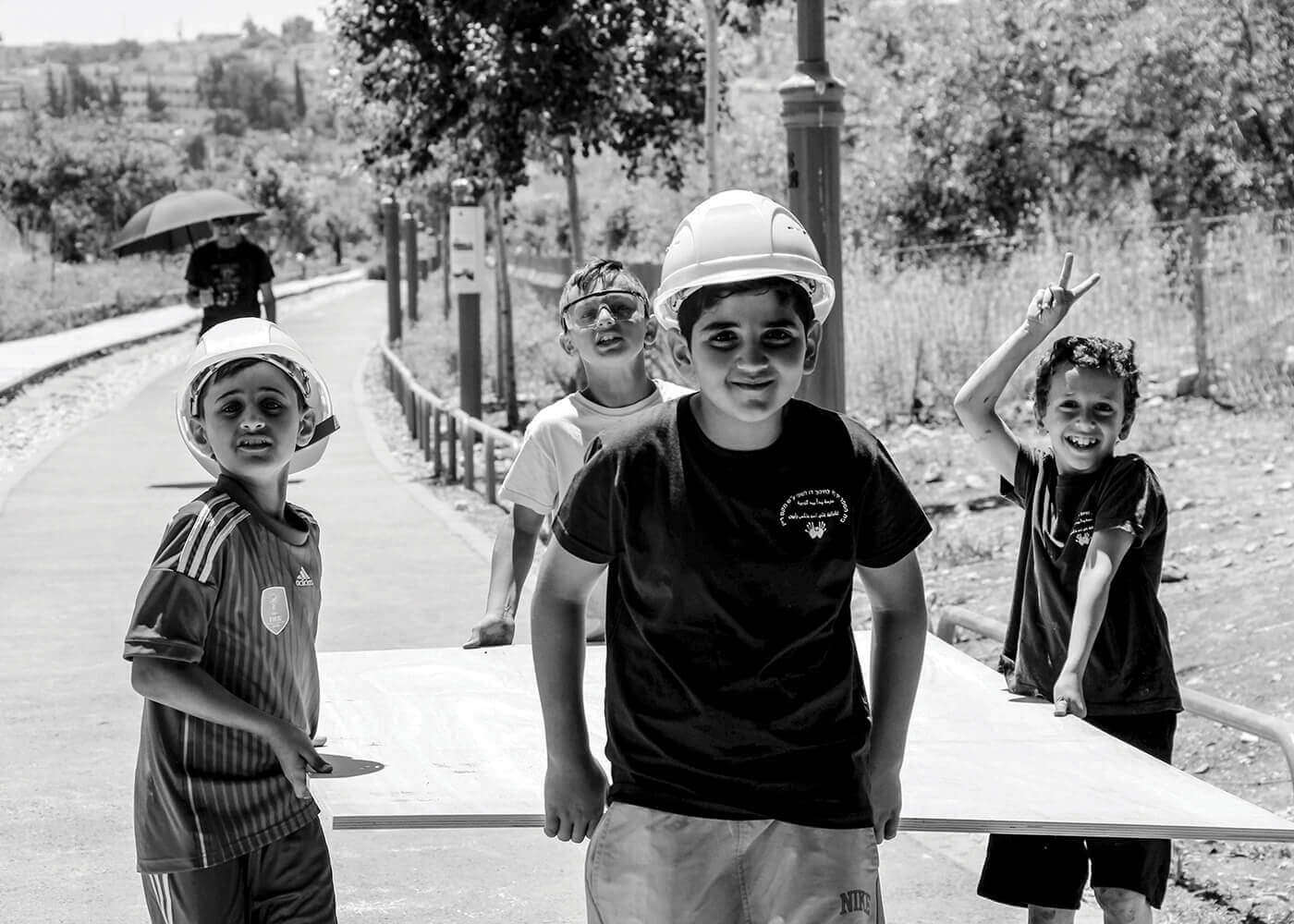 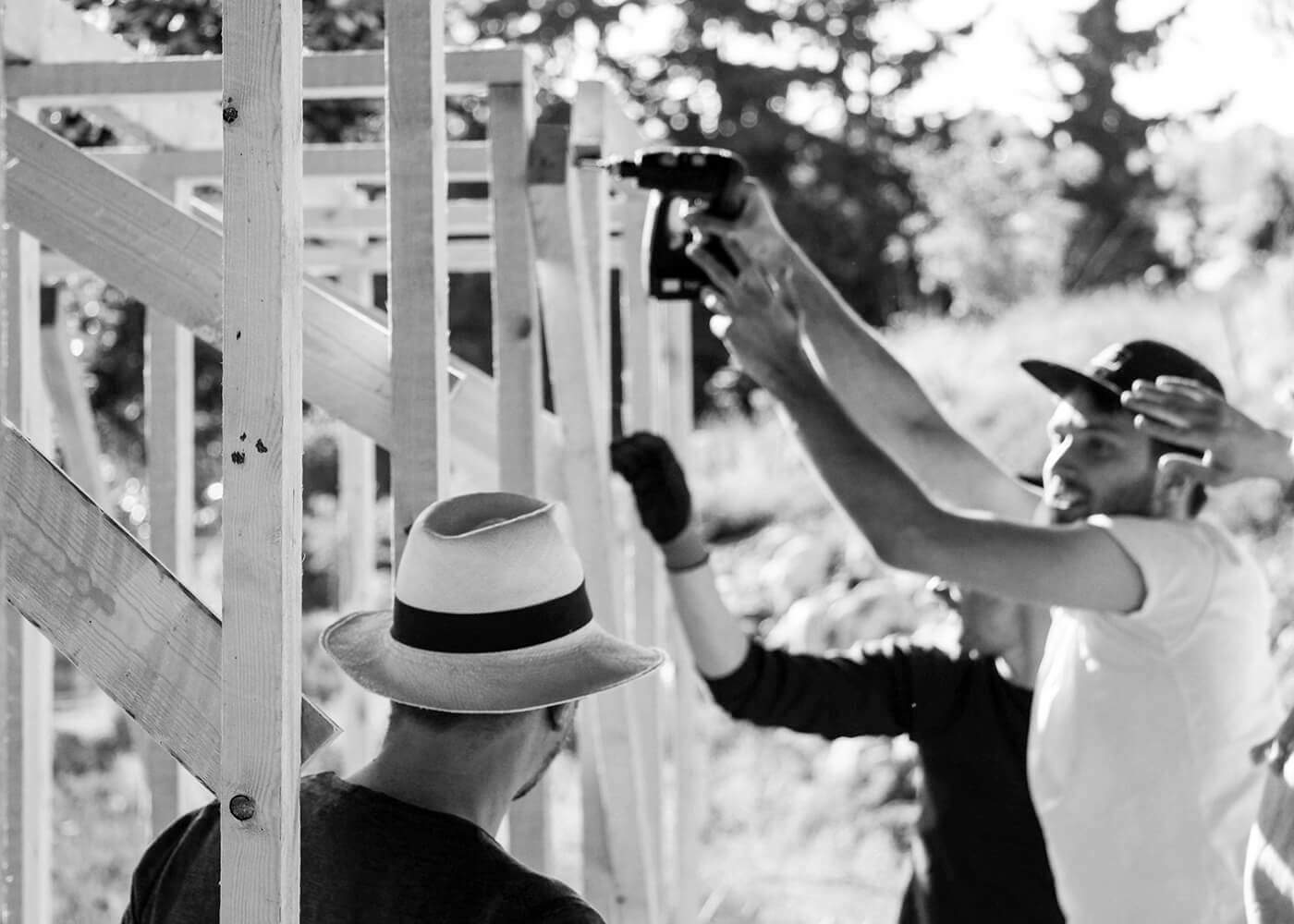 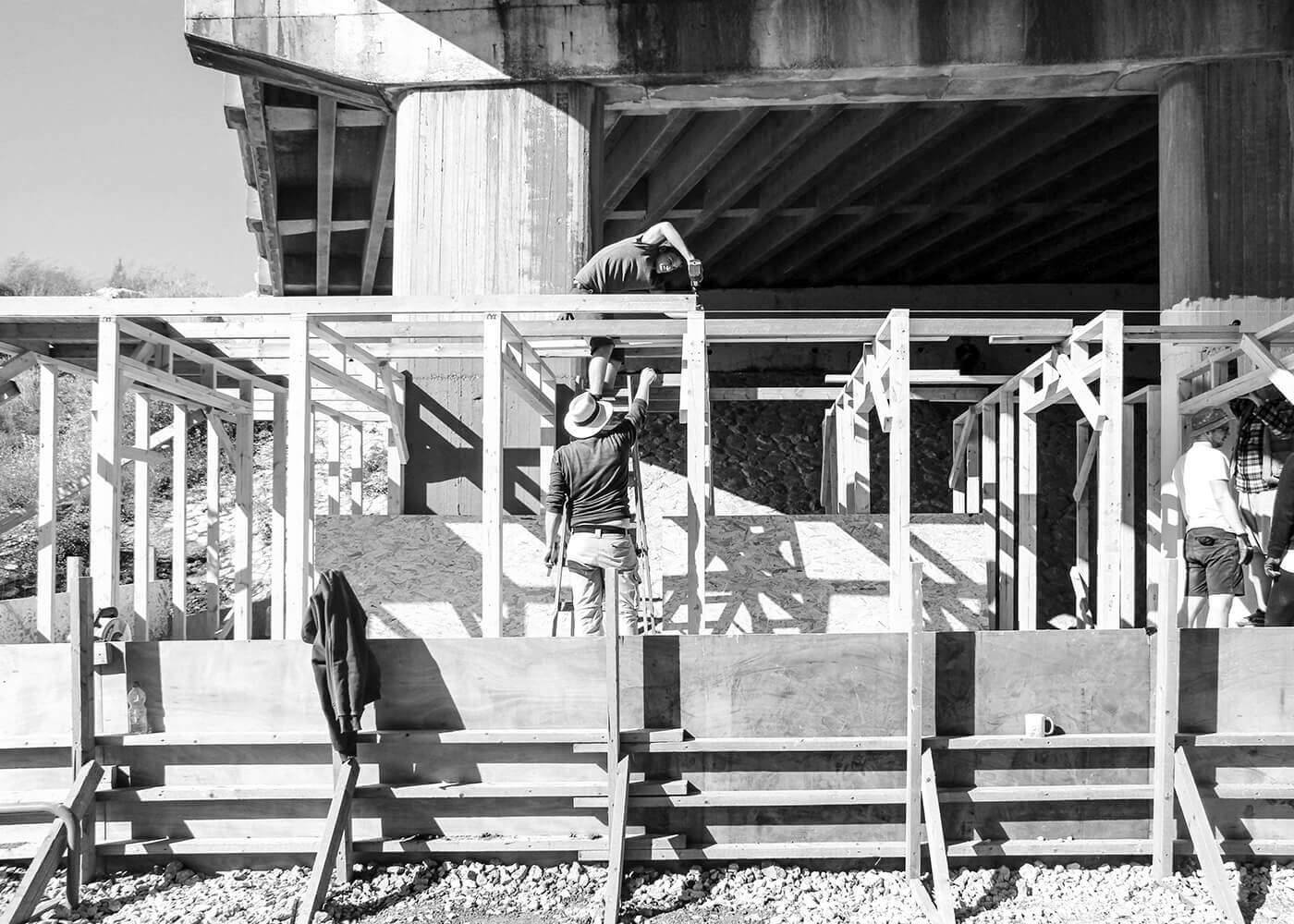 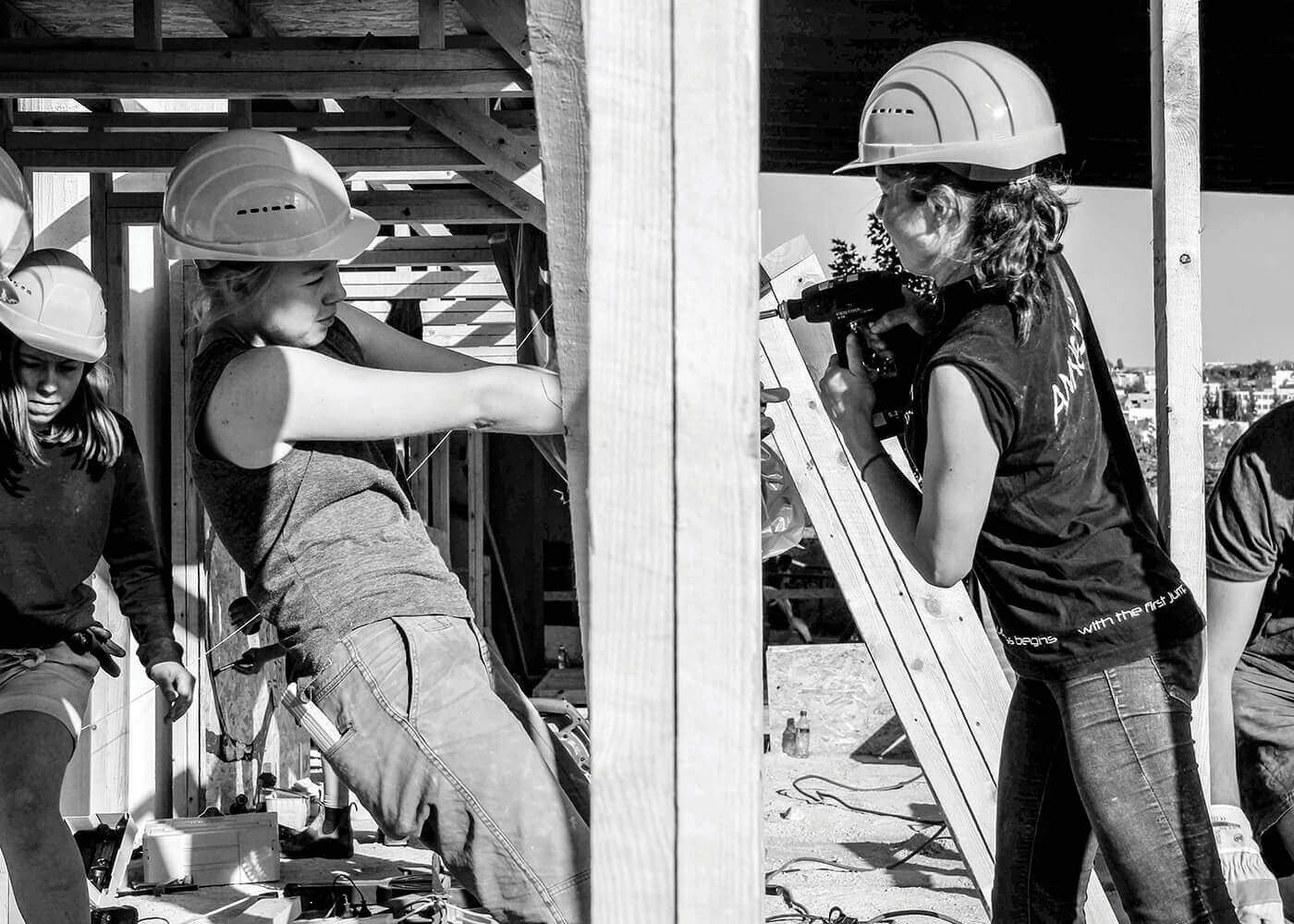 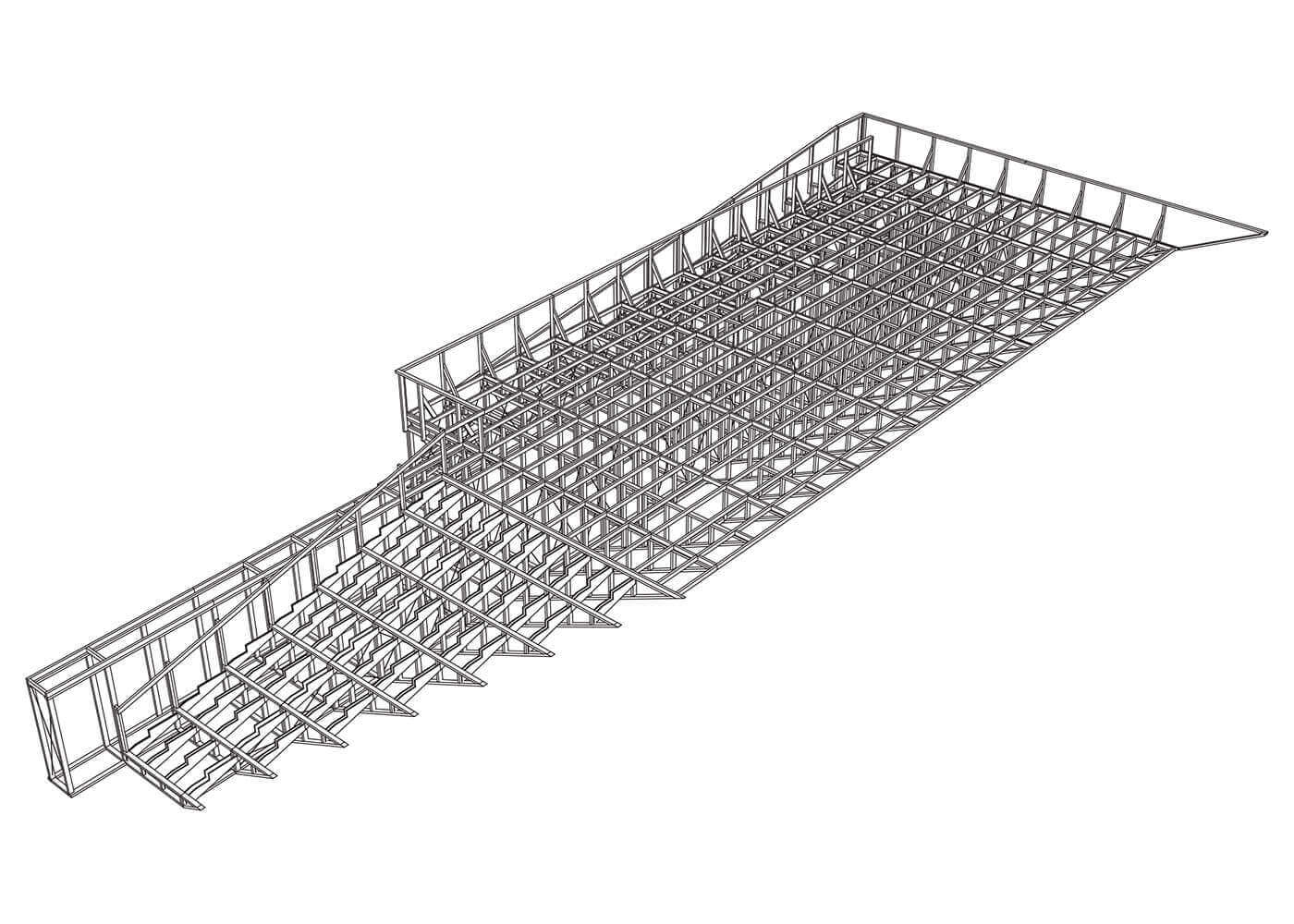 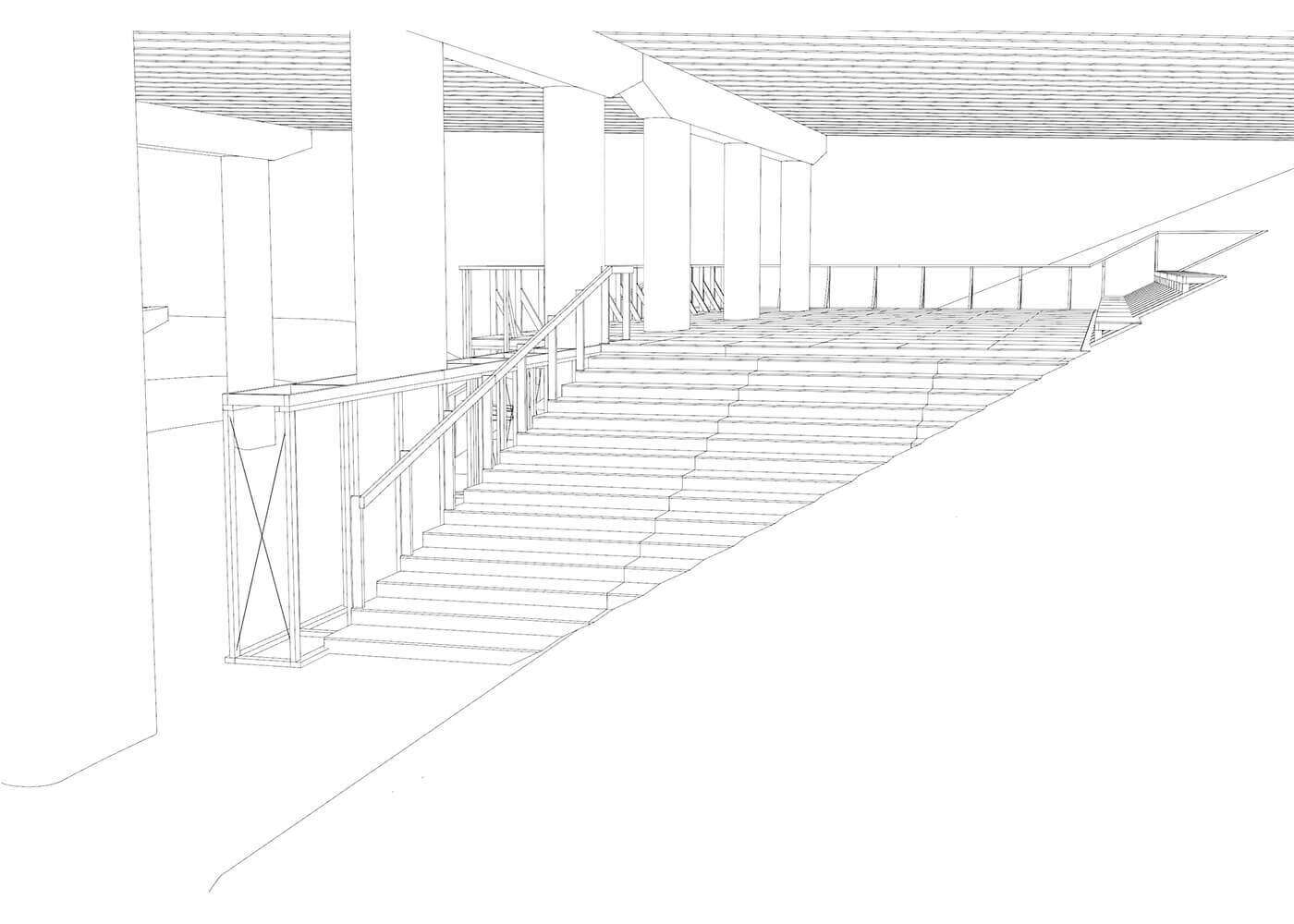 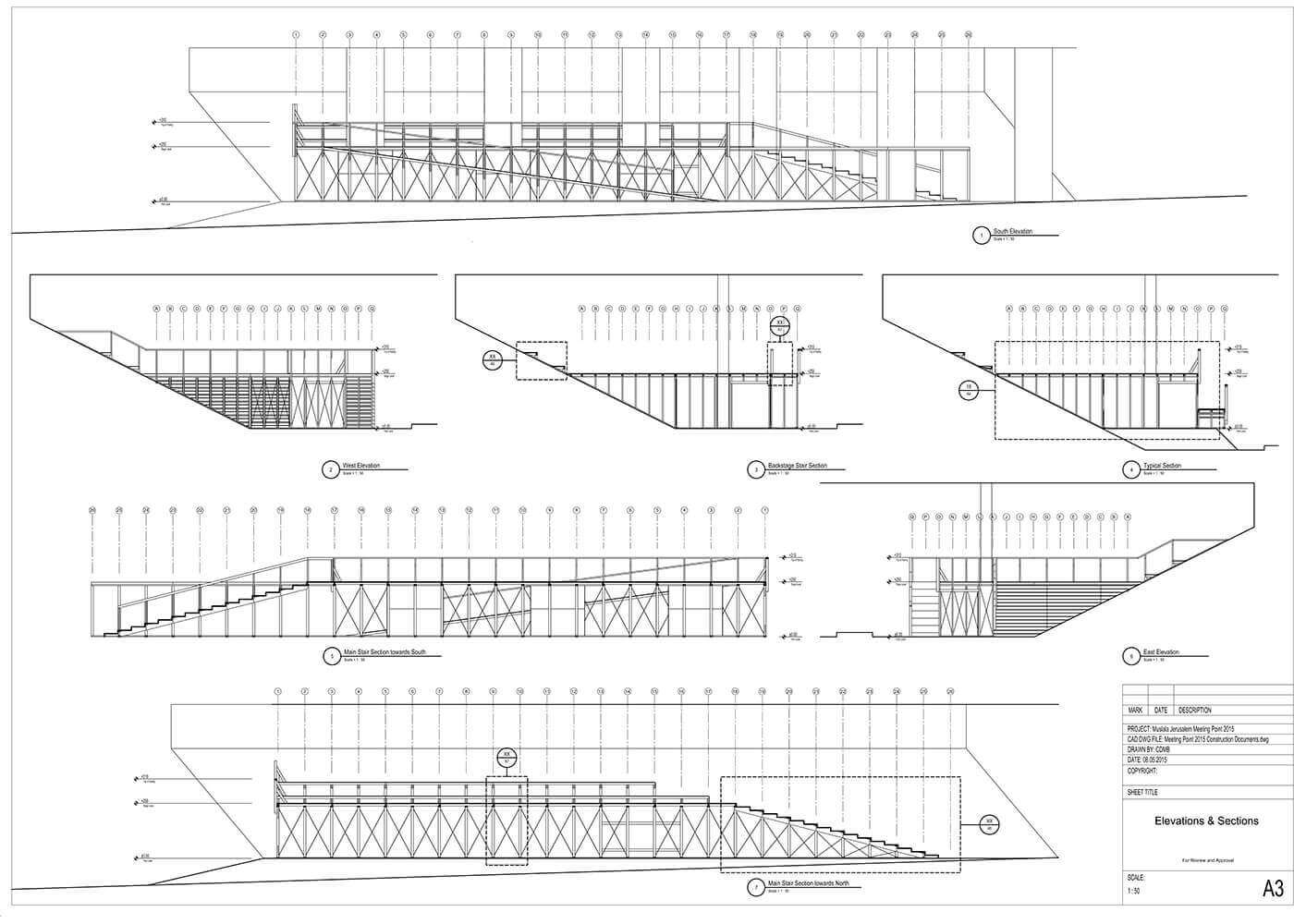 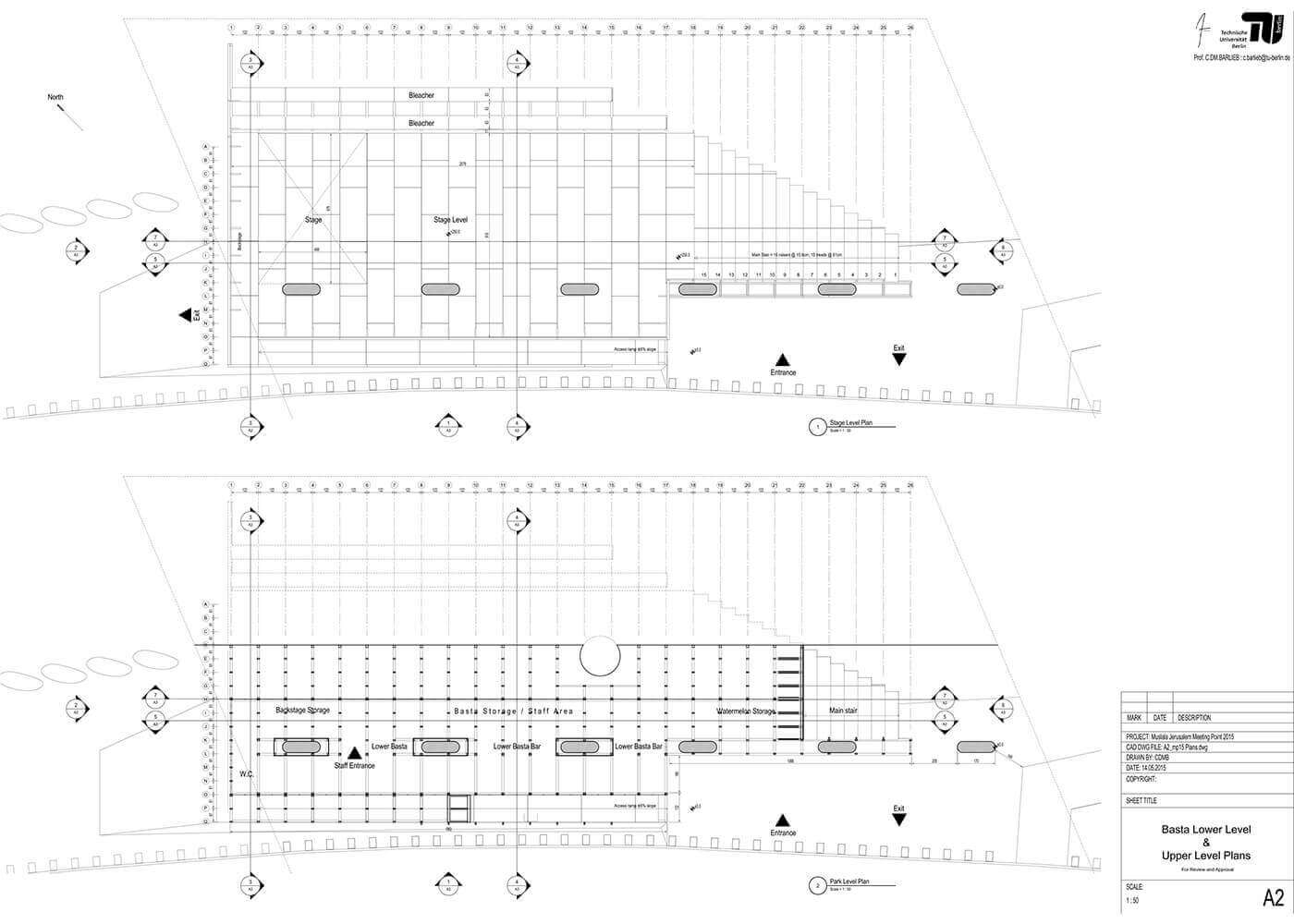 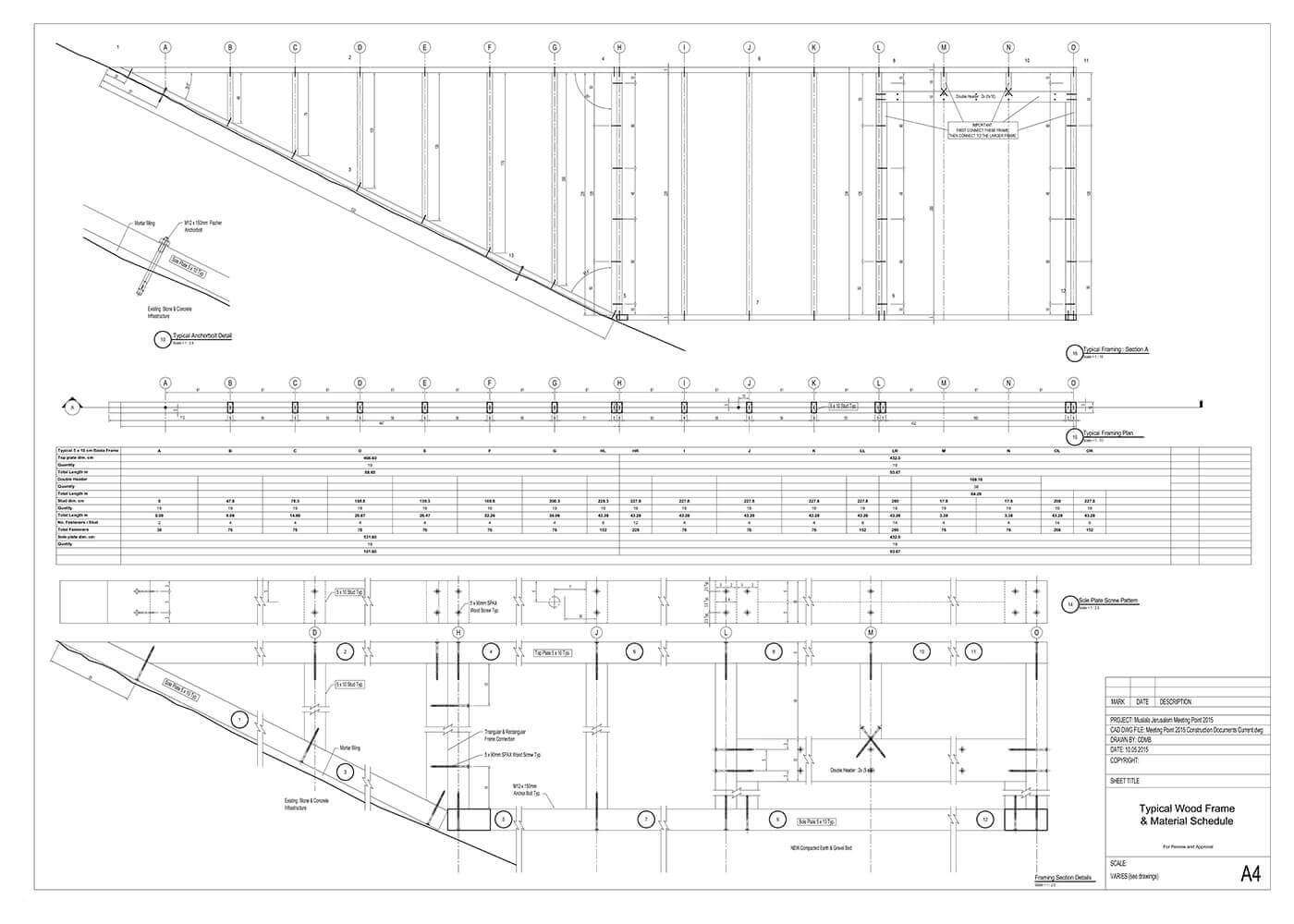 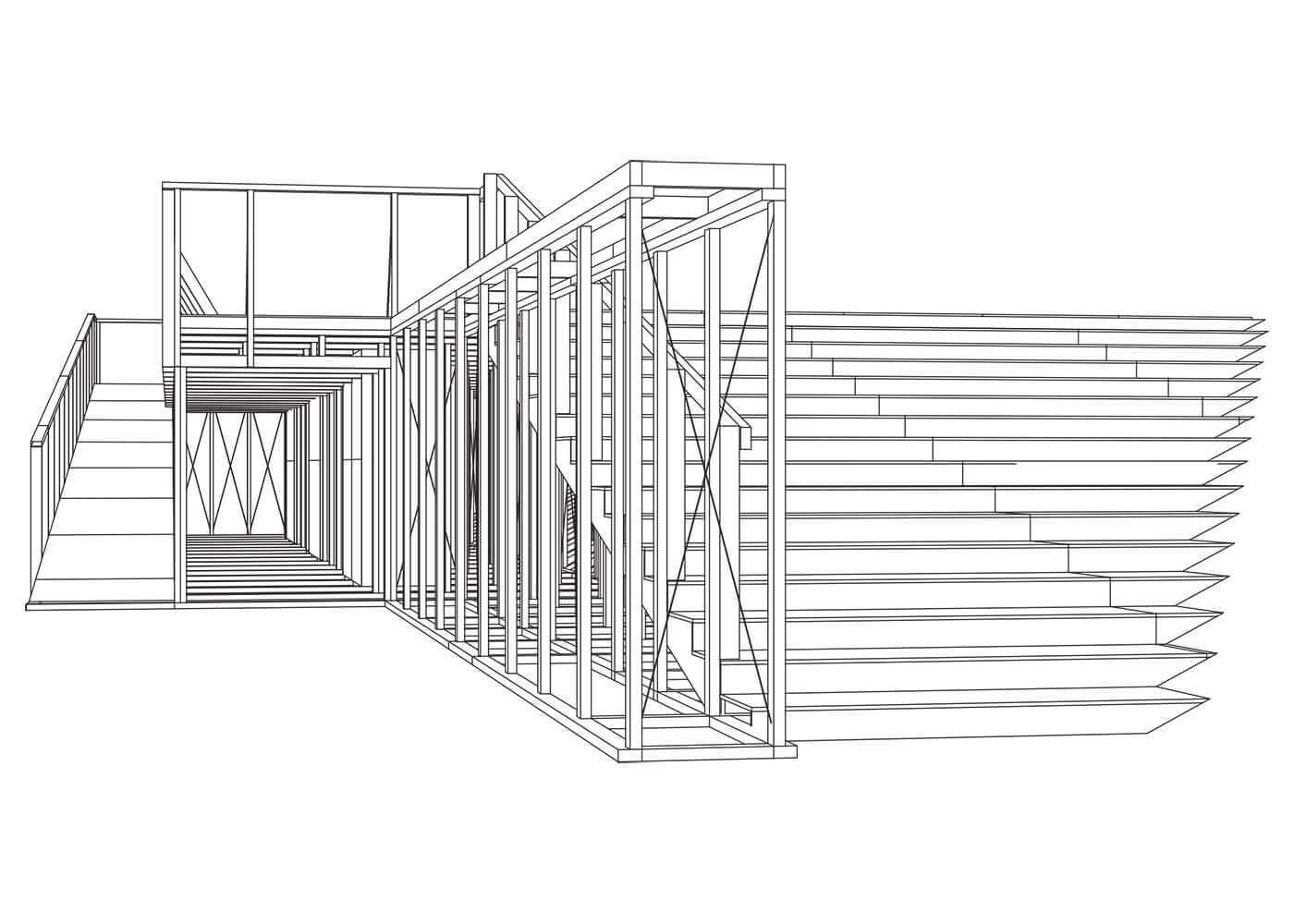 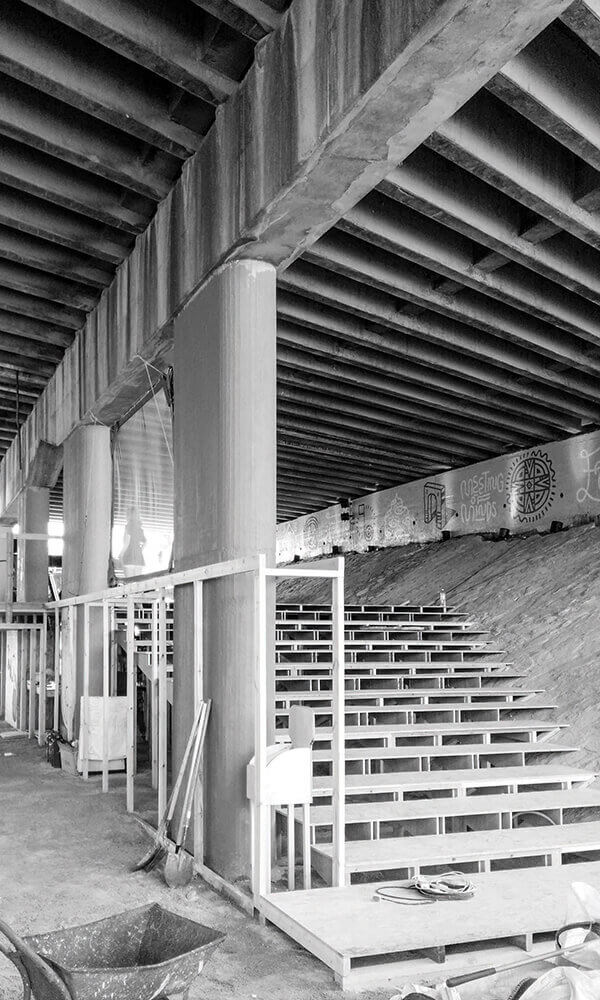 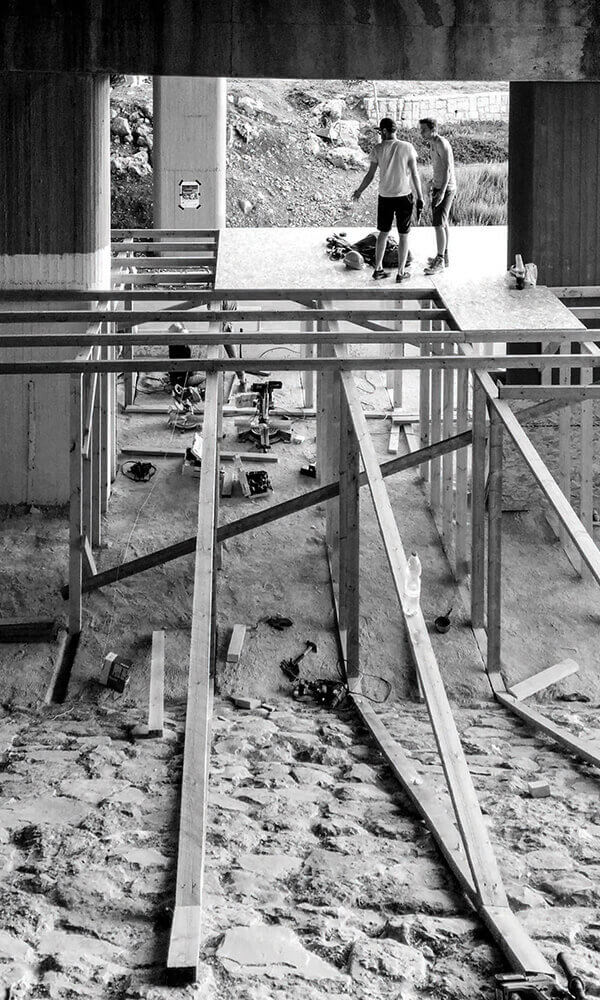 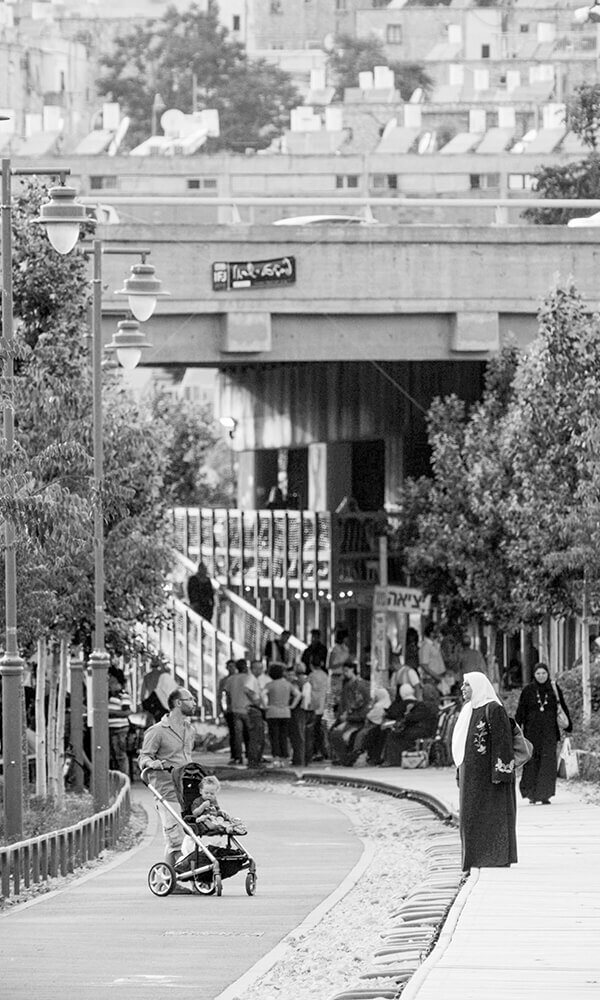 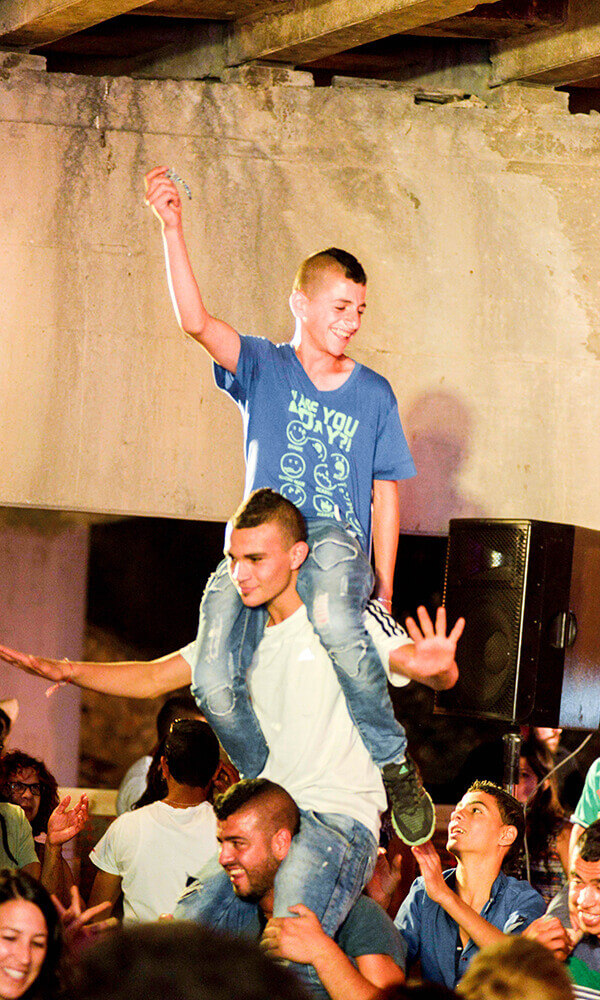 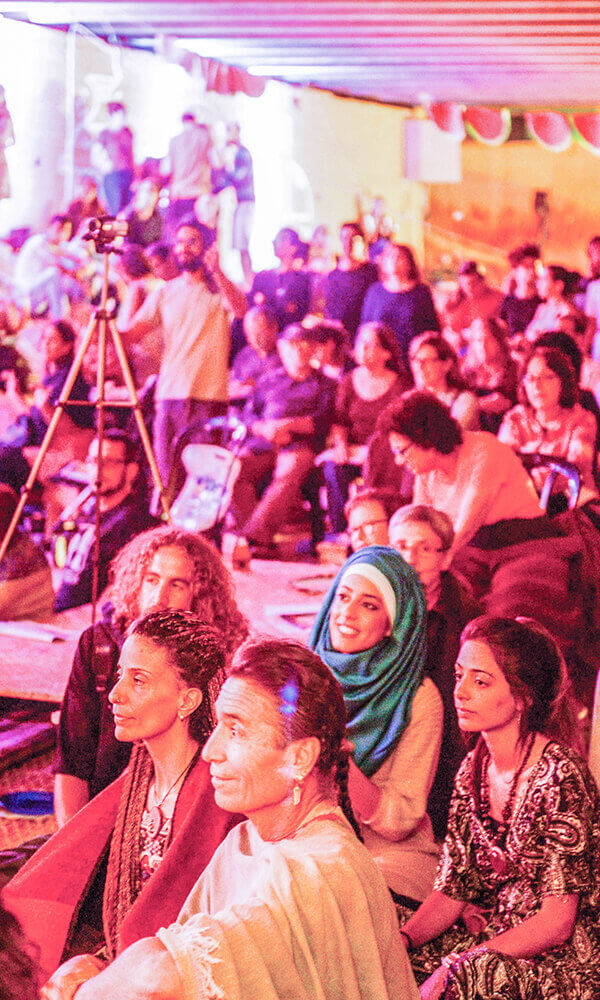 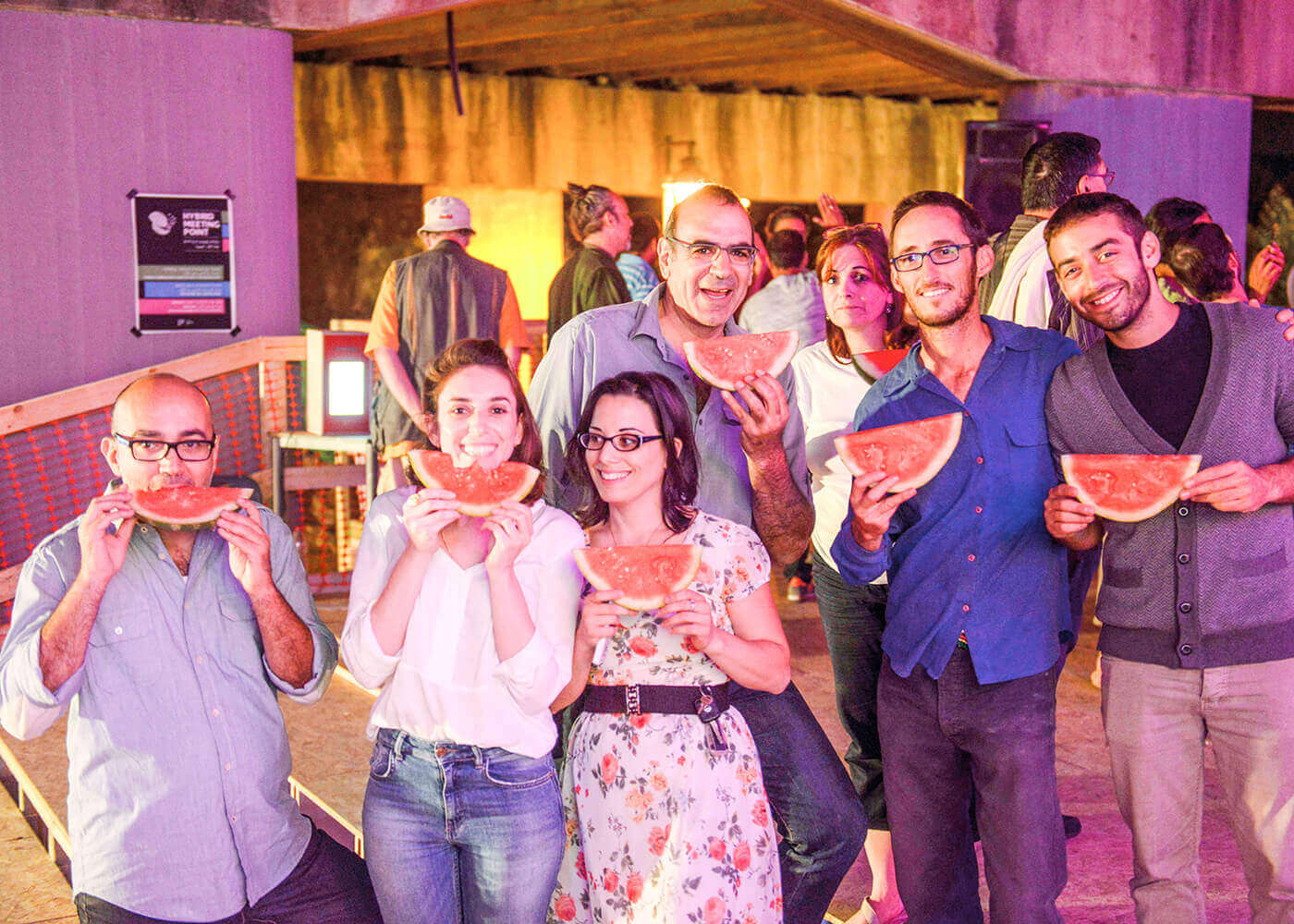