The most compelling and thought provocative site of the 2008 Europan could well be the little island of Vardø off the North shores of mainland Norway. We chose to address this site not only for it serenity and beauty but because we believe it encapsulates global change on the outer fringes of Europe.

Vardø’s Arks is a vision designed to address the current harbor situation. It sets a possible course for future development of the island within the context of Global Warming and the effects greenhouse gases are having on the northern regions of the planet.

We propose to recycle the current structures along the existing waterfront and reconfigure them into small floating arks, capable of accommodating 2-4 families. Each ark has an outdoor living room typically known as the street in modern European towns. This new room is meant to help redefine the little house and garden typology. The living rooms become possible links between the arks and define new spaces for playing and socializing.

The arks can be combined to form bridges connecting one side of the harbor to the other to form individual clusters, intimate urban fabrics or THE VARDO ARK; a type of mothership which could in the worst case scenario be all that is left of Vardø. We propose to use similar formations to the palsas found on the mainland for smaller flotation devices to store freshwater for the surrounding arks. We envisage similar resource storage facilities within the individual arks to preserve the autonomous characteristic of the system. The arks are similar to the slow drifting icebergs of the northern regions. 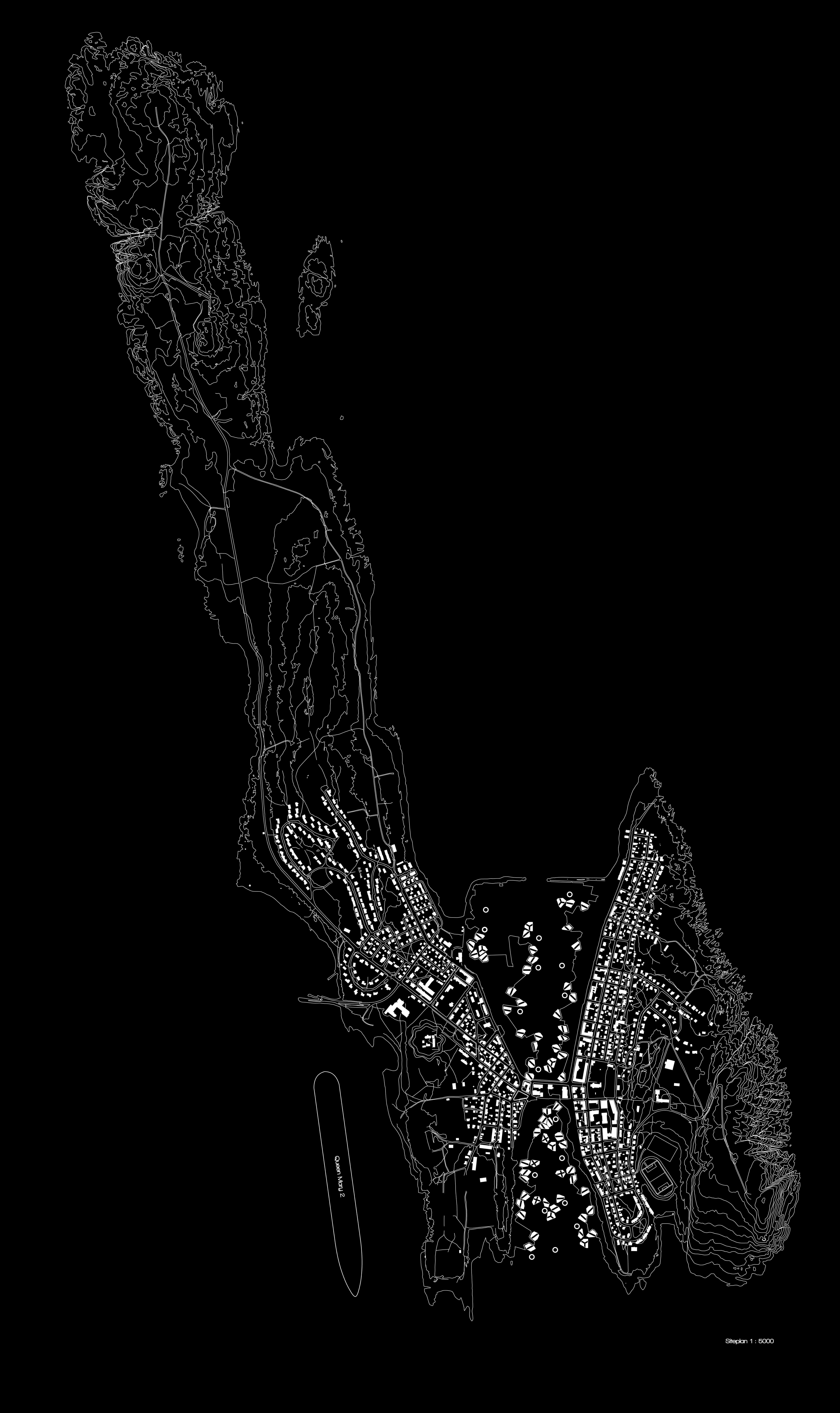 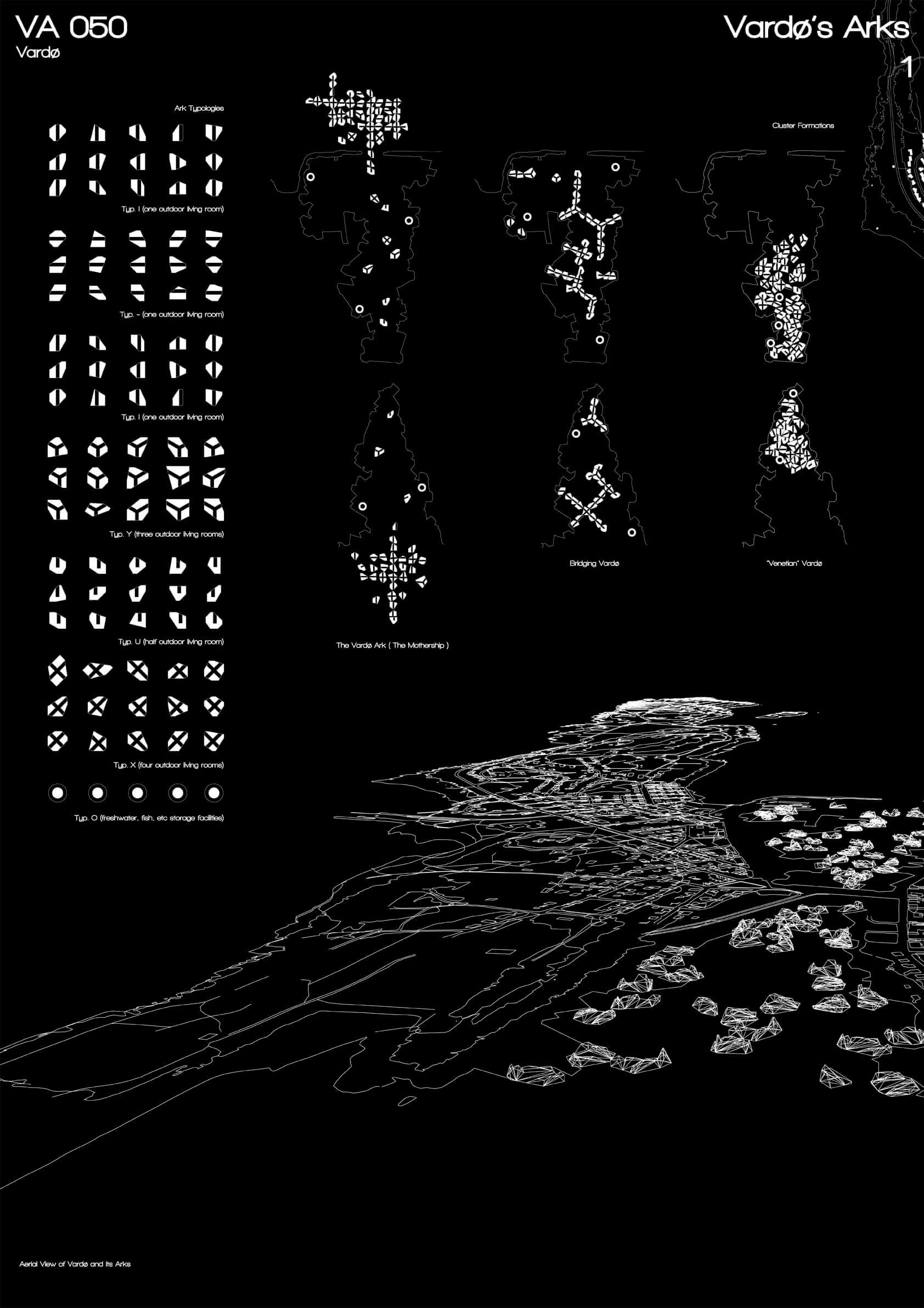 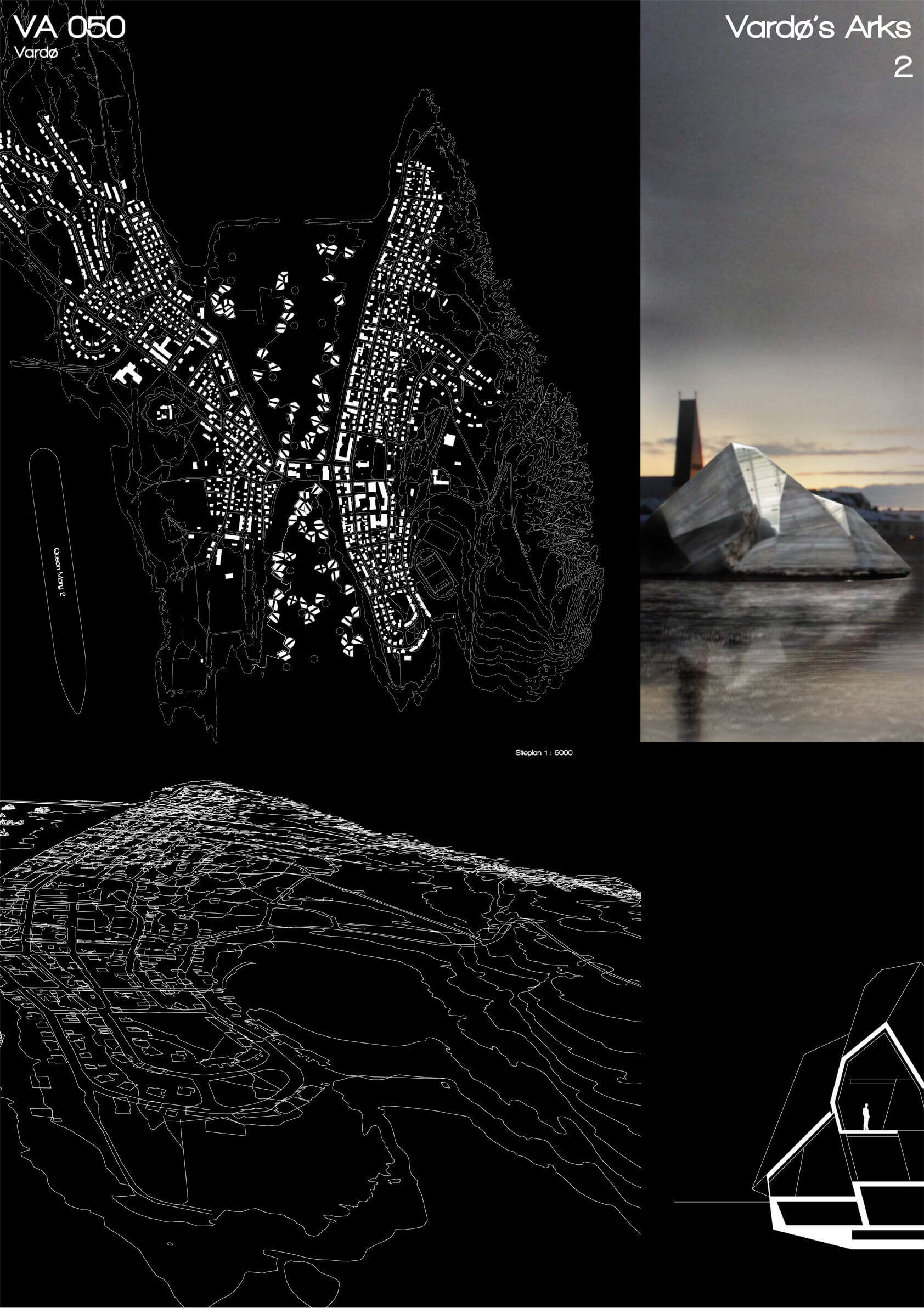 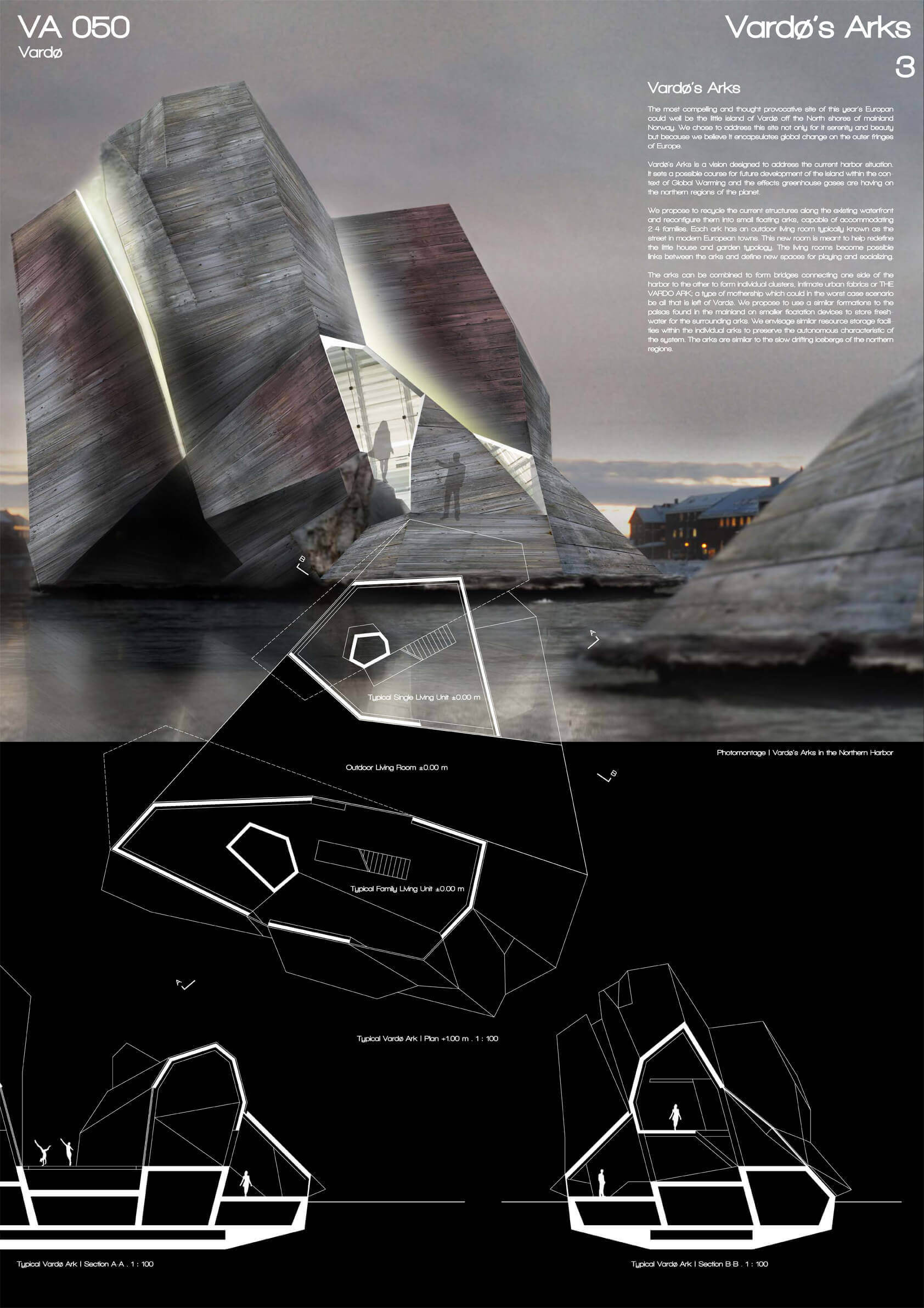 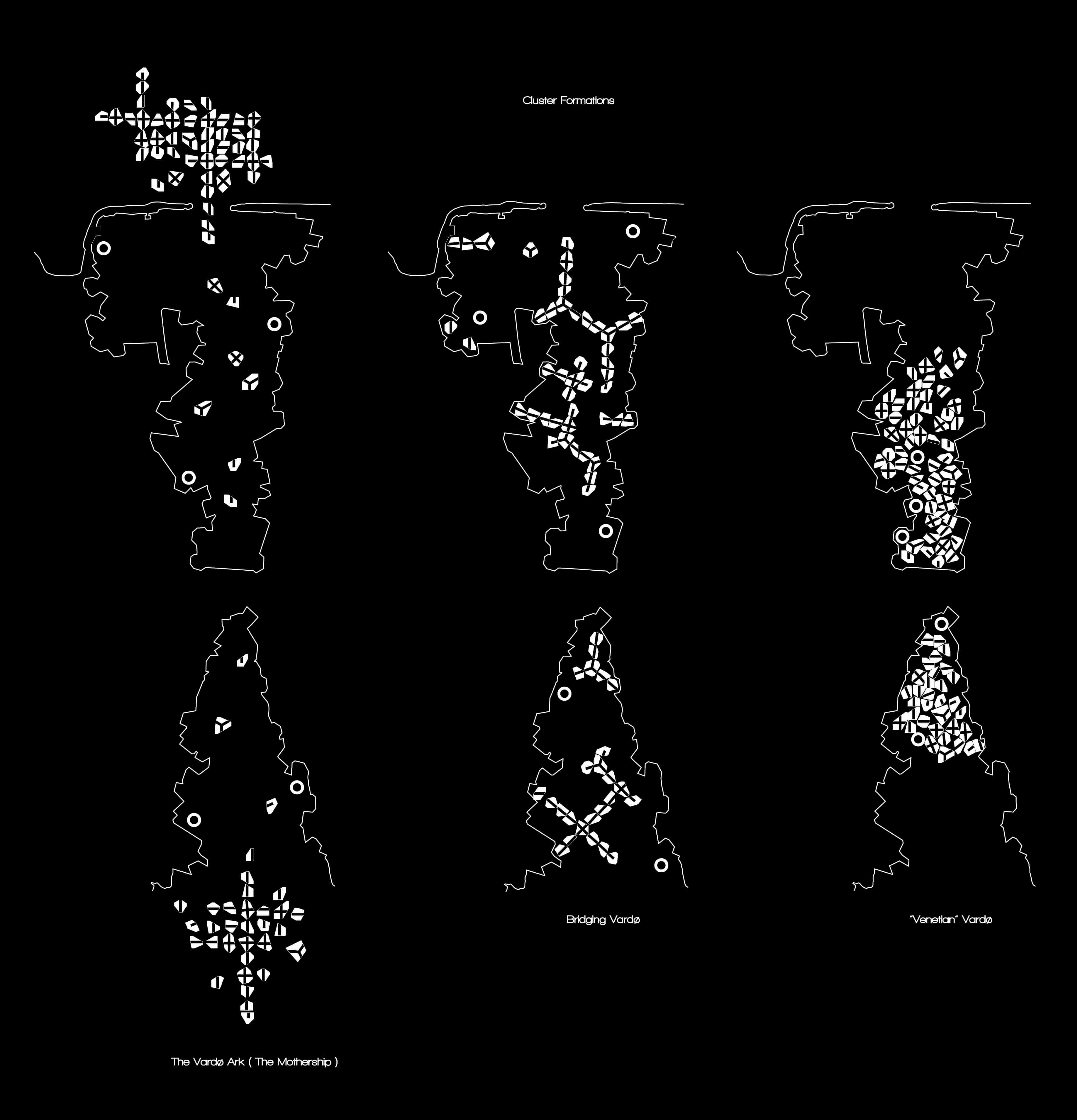